Last Friday was some kind of anniversary of the German spelling reform and I read that people are less certain of spelling than they were before. I suppose it depends what point they start at.

The following photo is from Paul Thomas of Ehningen, a British DE>EN technical translator. It was seen outside a café in the north of England. As usual, click to enlarge. 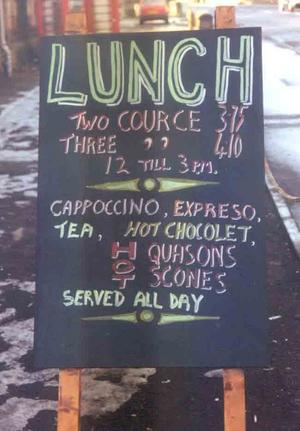 I am told that QUASONS is the reformed spelling of ‘croissants’.