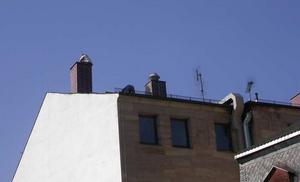 This isn’t Father Christmas, but a man inspecting a fake chimney concealing a mobile phone mast (see the large rectangular vertical pipe on the right next to the drainpipe). When I first saw these chimneys, I assumed they were meant to stop people complaining about the effects on their children’s brains. 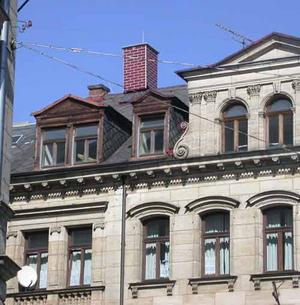 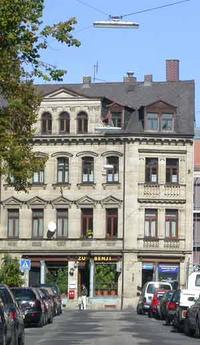 However, I read recently that in areas with listed buildings, permission will be given only if the masts are disguised. I’m not sure whether to believe this. Here’s an article in German with more pictures, including this very building (scroll down to Suchbild), and here is a BBC news report in English.

However, Fürth does have over 2000 listed buildings (some marked in red on the plan below). 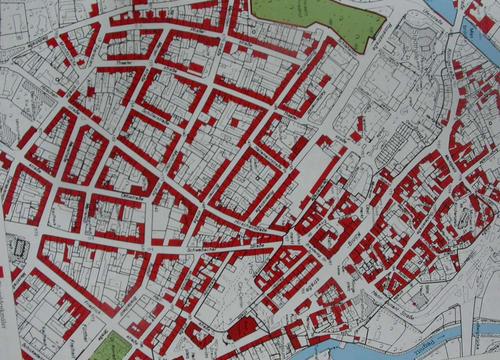