I don’t know what to call this in English. 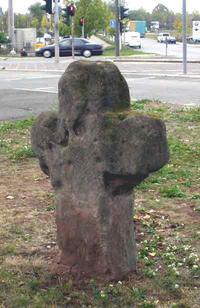 It isn’t a wayside or roadside cross, put there for pilgrims, but a relic of an old practice before criminal offences were recognized as punishable by the state. There are several of these crosses in Franconia and further afield, and a Google image search will show more.

I photographed this today on the last day of guided tours of Fürth by the Stadtheimatpflegerin Barbara Ohm, who is retiring from her honorary position (it entails encouraging knowledge of local history and traditions). Unfortunately she seems to have cleared her website too. I can recommend the books ‘Durch Fürth geführt’, with guided walks and pictures. 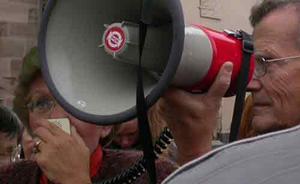 I don’t know what to believe about the cross. We heard that before 1532, when Emperor Charles V introduced a system of law where criminal offences were punished by the state, voluntary manslaughter (Totschlag) was dealt with privately, by a contract between the killer and the family of the deceased. The killer had to pay the funeral expenses, provide for the survivors, have masses read, set up one of these crosses near a public road so people can see it when they pass, and go on a pilgrimage. This had various advantages: it avoids revenge killings, and the killer can be reintegrated into society when he comes back from his pilgrimage.

Another source is a book called Justiz in alter Zeit, published in German and English (Criminal Justice through the Ages) by the Kriminalmuseum in Rothenburg ob der Tauber (site, and museum, have German, English and Japanese texts). The book shows interesting pictures, especially for those interested in forms of punishment and torture (like me). The English version is shorter, and I found these crosses in the German version. It says that under old Germanic law, voluntary manslaughter was expiated by wergeld (OED: In ancient Teutonic and Old English law, the price set upon a man according to his rank, paid by way of compensation or fine in cases of homicide and certain other crimes to free the offender from further obligation or punishment). The introduction of christianity introduced the idea of penance. This book says that in order for a killer to be obliged to submit to this process of expiation or penance, there had to be a functioning court system, so the king ensured that every six weeks there was a ‘genuine thing’ (echtes Thing) lasting three days. There were sometimes other things, and a judge (often called a Thungin!).

So I don’t know if these crosses were private, but I suppose the consequences were between the private parties.

This was a walk through Unterfarrnbach, rather wet, with rural episodes. 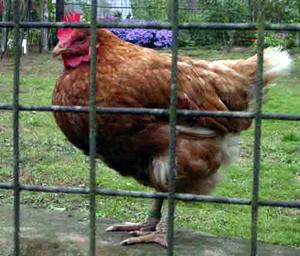 6 thoughts on “Medieval cross of expiation/Sühnekreuz”