The crimeinfo website has been put together by the Centre for Crime and Justice Studies at King’s College London (my old college). This site has been funded by rethinking CRIME & PUNISHMENT (correct use of capitals not guaranteed.

It may be a students’ site. There is a dictionary that is also on the CJS (Criminal Justice System of England and Wales) site, but maybe it’s used on other sites too. There is a photo gallery, showing, for instance, people carrying out community penalties. I wonder what you have to do to be sentenced to decorating a Romanian orphanage.

Thanks for the link to Sue Blackwell of the IAFL list. The IAFL site is also worth looking at, as is Webster’s FL homepage, which is a non-IAFL site on the same server.

Rainer Langenhan of Handakte WebLAWg pointed out this weblog, Sprachblog – Tipps zu deutscher Rechtschreibung und Grammatik. It is part of the site of Ines Balcik, co-author of a book on the subject, Pons Deutsche Grammatik und Rechtschreibung. The book appears to be partly directed at schoolchildren and written with a minimum of jargon and everyday examples. The author is a ‘Diplom-Fachsprachenexpertin’.

The weblog is very new and intended for non-linguists but to people who need to use language at work but have no time for thick books and don’t understand jargon terms. I gather from the comments on January 6th that it’s also not intended for all webloggers – and probably not for me.

Incidentally, I wish Germans wouldn’t always call the accusative the fourth case. It makes life very hard for those of us who learnt it as the second case. Obviously, they have no choice, since in German that’s correct, but I will continue to complain.

So I was surprised to see this: suggestions of non-litigious proce[e]dings, voluntary jurisdiction and out-of-court jurisdiction. It’s not a very authoritative source (the term Webster is not copyrighted) and the pig Latin version would not be much use. But has anyone heard of non-litigious – is it a term used in some common-law jurisdiction or other?

UK sites suggest non-litigious is often used as a description of alternative dispute resolution, which is something different: it means not going to court at all. The Oxford Dictionary of Law, however, does define non-contentious as non-litigious. Still, I’ve never encountered it.

I see it’s popular at ProZ too.

But Hill Taylor Dickinson define it my way. This is what they call non-litigious:

And that’s a synonym for out-of-court. 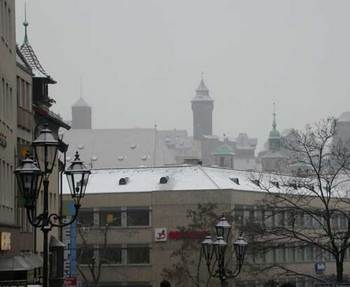 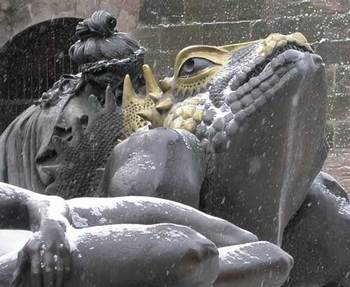 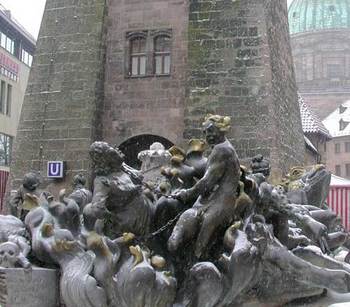 The comments on the story mention a rumour going around Newham that ‘there is someone going around biting chunks out of people’. He has moved down from Birmingham and has attacked people in Poplar and Ilford, and he can take the form of an animal and appear in different places. Tom refers to an account in the Guardian of this urban legend, which started recently in Birmingham:

bq. A vampire is on the loose in Birmingham. And an inept one, if reports are to be believed. Which they aren’t. Last month, this “vampire” went on a “rampage” in Glen Park Road, Ward End. The attacker reportedly bit a male pedestrian and then bit neighbours who came to the man’s aid. One woman had “chunks” bitten out of her hand, according to reports, which feature lots of one-word “quotes” and very little in the way of named sources.

The Guardian article has a nice list of the urbanlegends.about.com top ten legends of 2004 (unfortunately the Guardian gave the wrong URL).

bq. David Emery, chronicler of folklore for urbanlegends.com [no, it is urbanlegends.about.com], defines urban legends as “apocryphal stories, told as true and plausible enough to be believed, about horrific, embarrassing, exasperating or ironic things that have supposedly happened to real people. In lieu of evidence, the teller of an urban legend is apt to rely upon good storytelling and the naming of allegedly trustworthy sources (eg a friend of a friend who swears it is true) to bolster its credibility. Legends tend to arise spontaneously and are rarely traceable to a single point of origin.” No wonder, then, that the once-bitten of Birmingham have since become so publicity-shy. If, that is, they existed in the first place.

heardsaid is a weblog that publishes little statements that may be of fact (but they aren’t checked) and that may be eye-openers:

bq. We see and hear all kinds of things in passing from family, friends, work colleagues, even total strangers; watching tv or movies, listening to the radio, reading books, magazines and newspaper; every now and then we’ll hear something amazing which we want to pass on.

The blog only started recently and is a team effort.

(Via Random Acts of Reality)

The Seattle Times reports that the Secretary of State’s website in Washington state had a machine translation system that wrought havoc with Chinese.

By law, however, certain groups have to be given equal rights to access to election material. Chiense and Korean translations have now been removed from the website. Apparently the MT system is functioning adequately for Russian, Japanese, French, German, Spanish and Italian.

bq. Gachot said people who are “perfectly bilingual” quickly spot any errors in translation and tend to focus on the software’s shortcomings. “This service is for people who don’t speak very much English at all,” he said.

bq. He says the accuracy level is around 75 percent. That can be improved by tweaking the site, Gachot said, but it’s tough to get accurate translations on sites with a wide variety of topics and posted information that changes often.

Debby Hsu, a members of a lobbying group, who criticizes the system, says ‘having no translation is better than having very bad translation’.

In the entry House of Lords upholds Human Rights Act on December 17 2004, there was some heated discussion in the comments with the few select regular commenters here. I feel somewhat vindicated by today’s article in the Independent, headed Clarke ends terror suspects’ detention without trial. Incidentally, the powers to detain applied only with regard to foreigners.

However, it’s not going to be a tea-party for the ex-detainees:

bq. The Home Secretary Charles Clarke is to introduce “control orders” to curb the activities of suspected terrorists who, for various reasons, cannot be prosecuted, he told MPs.

bq. This would replace detention powers under the Anti-terrorism Crime and Security Act, 2001, which the Law Lords had ruled were incompatible with the European Convention on Human Rights.

bq. He conceded that his plan would be “contentious” in that the new scheme would not include detention in prison, but would include a range of controls restricting movement and association, curfews and/or tagging and in some cases a requirement to remain at their premises.

The announcement was accompanied by the usual remarks about terrorism and how effective the powers have been. 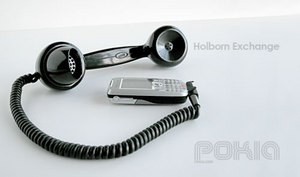 You can these headsets for under 30 euros on e-Bay.

My blog has had increased numbers of visitors recently. It looks as if I’m popular because people are looking for the answers to an Internet quiz. I’ve just had a look at the search words used to get here and counted 59 times in the past week or so permutations on “German twix”.

One of the comments on the entry Searching this site is this:

bq. Well, I can explain the ‘germany twix’ entries. There’s a site – http://deathball.net/notpron – that is a rather elongated and confusing puzzle which involves extensive use of google. Your site is one of the first to pop up for puzzle #7, which features a twix bar and the message “times have changed in deutschland”. Maybe you mentioned a twix bar at some point. :P

The notpron link is to a page giving a choice of English or German and headed ‘The hardest riddle available on the internet’ and ‘since August 2004’ (and the following page asks you to use Internet Explorer):

bq. *Don’t give up too early, it’s damn hard
* It’s NOT a point a click thing
* Don’t try to get spoilers, or you won’t have fun (those who don’t cheat have weeks of immense fun with this)!
Feel free to use the “hints” section on this site. Just for the start, to get into this!

Presumably the German language has led to no queries because the answer to the Twix question is so well known in Germany.