In 1911 the Mona Lisa was stolen by an Italian who cut it from its frame. Attempts to trace him failed. They were based on Alphonse Bertillon’s portrait parlé:

bq. He had devised a method of taking measurements of the nose, ears, eyes and so forth and, rightly claiming that the odds of two criminals having two of the same height were four to one. If a second measurement was taken the odds lengthened to 16 to one and if there were 11 identical measurements the mathematical probability was staggering. This was his so-called portrait parlé.

This is mystifying: how can you measure a criminal’s nose, ears, eyes etc. if you haven’t got him there?

Sir Francis Galton developed the science of fingerprinting, that is, classifying fingerprints. In this case, the thief had left a fingerprint on the frame and the police already had his fingerprints; he could therefore have been caught this way.

From an article by James Morton in the Law Gazette, the journal of the Law Society, the society of solicitors in England and Wales 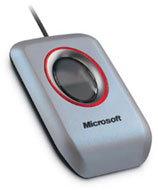