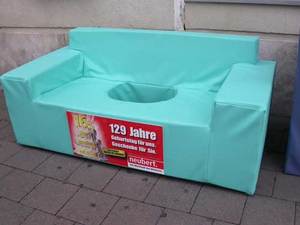 I know there’s a furniture war on, but I also realise that Möbel Neubert won’t be trying to sell me a double commode (note: false friend). The penny only dropped a couple of hours later. 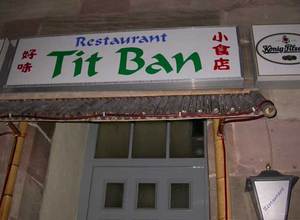 This is posted for Tony of Germersheim, at his suggestion. I don’t know if he wants to lower the tone of this weblog even further or raise it. The Chinese appears to mean something like ‘Good taste little restaurant’ – possibly some would disagree. 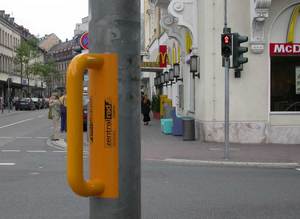 The yellow handle in the foreground probably explains itself. In the background is a further clue to the first picture above.