Following the last entry, I must state that there is a lot of bureaucracy in Germany, and in a few other places too. Spiegel Online, in another article in its inimitable English, helps us to get to the bottom of this:

You see that – all Germans have to be in the civil service.

(Thanks to Ekkehard for spotting it)

bq. If you’re an expat or someone who has spent time in Germany, we want your help. Why do pedestrians wait for the light to change at 3:00 a.m.? Why are the shops closed on Sunday? Is German beer a stereotype or a reality? Why do toilets have shelves? Why do we have to bag our own groceries at the supermarket — assuming we get to the checkout in the first place? And why are there so many dogs on German streets and naked people on German beaches? Are Germans rude? Why are there so many sex shops?

I might not be tempted to enter, but see here:

bq. If you’re an expat blogger in Germany, we’re also happy to consider republishing any blogs you may have written that are appropriate to the Survival Bible. We’ll give you credit and provide a link back to your site.

The trouble is, I’ve never seen myself as what is called an expat. I think of an expat as someone in the diplomatic service who may or may not speak the language of the country where he or she has landed, and who has an offshore bank account, sends children to public school in Britain and will retire in Surrey. But it’s not impossible that Spiegel Online defines the term expat in a different way from me.

Anyway, Spiegel Online thinks the Germans have a fixation with garden gnomes. Yes, they do. They would be surprised to hear that garden gnomes are not a purely German phenomenon. Anyway, here is a photo I took this week outside a one-euro shop in Fürth: 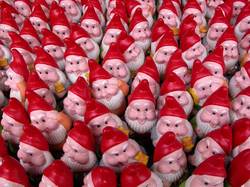 Here is information on the test for some people wanting to become British citizens. Information from Ekkehard in the comments to the last entry on this topic. Apparently it’s a 45-minute test done on the computer, answering 24 questions.

At wortpatenschaft.de you can adopt a German word that is threatened by extinction:

Just a minute – is that the Verein Deutsche Sprache I’ve encountered before? The one that often criticizes words for no comprehensible reason? Ah well – no wonder they have such a comprehensive list of words.

I did get some mockery last year for using the term Aufboden instead of Dachboden. Maybe I should adopt that. The term is normal in the dialect of the person I learnt it from, but no-one else had ever heard of it. However, the site isn’t offering that. 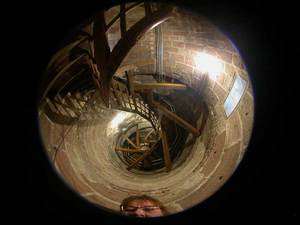 This is me after coming down the Sinwell Tower at Nuremberg Castle the second and, I hope, last time. I still don’t understand the wooden construction in the platform, but at least I photographed it this time.

bq. All I wanted was a little bit of black dust for one of our monastery printers. In my search for a toner cartridge, I was suddenly struck with how incredibly expensive this black dust and a few squirts of ink were. “There must be a better way,” I said to myself.And so began my foray into the world of imaging supplies. What I discovered was a revelation. Simply stated, the mark-up on ink supplies is sinfully high, reaching in some instances into the 1,000-2,000 % levels. I also discovered that there were many companies that manufactured either new compatible cartridges or remanufactured cartridges at a fraction of the cost of the big name brands. My thoughts starting racing. Imagine the money we could save schools, churches, and other organizations if we could negotiate some deals with the manufacturers directly and cut out the middlemen.

The Cistercians have a 900-year tradition of customer care and outreach, we learn. 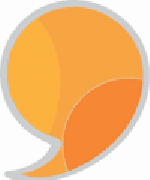 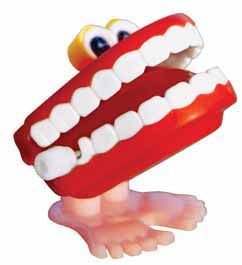 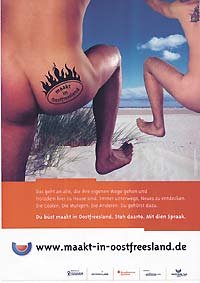 The East Frisia site has a lot of resources, including audio clips of people speaking it on the phone.

This week, Focus Online had an article headed Briten Blamieren Sich. It referred to an article in The Times about the Hesse would-be-citizen questions. The Times article is available online only in part – it had a graphics page which is the main cause for concern, shown in the Focus article.

bq. The London Times tries the Hessen naturalization test and makes embarrassing mistakes.
The British media could not bring themselves to pass up the opportunity to discuss a German citizenship test. This is a wonderful opportunity for The Times at long last to print another picture of Hitler, with his arm raised and in uniform.

The errors are 1) the flag shown is the Belgian flag (I wonder if the Belgian press have picked this one up?) and 2) the reference to the German national anthem as Deutschland über Alles.

I sometimes get very angry about this kind of nationality-bashing, which is a mistake, because it’s just a way to sell newspapers. In this case, however, quickly passing over the flag error, I don’t think it’s part of British general knowledge that the text of the German national anthem has been edited. Nevertheless Focus goes on about it for three paragraphs.

Another thing: when such a ridiculous set of questions is to be taken seriously, it’s fair game for any newspaper.

I wonder if there were any other mistakes in the Times article? Focus had an easy time here, because it published only after the Times Letters Page printed readers’ corrections on the very two points Focus builds its article on. That’s a good tip for online journalists: watch out for the readers’ letters the following day, and then sell the story abroad.

I do think the picture of Hitler might have been smaller. After all, British football fans travelling to Germany have been told by the Home Secretary particularly not to mention the war, which will probably have the opposite effect to that intended, along the lines of ‘So that’s how we can really annoy them’.

bq. The English teams travelling support is fond of drinking lots of beer, humming the themes of war films, and singing songs such as Two World Wars and one World Cup or Ten German Bombers.