Is it possible to explain to judges that dictionaries are not definitive proof of usage?
Geoffrey Nunberg has written on this topic before, giving examples of how the U.S. Supreme Court uses dictionaries (dictionaries have been used by the Court more since 1990 than in the previous 200 years).

bq. In one 1993 case, the Supreme Court ruled that a man who traded a rifle for some cocaine could be sentenced under a statute that provided for an increased penalty for someone who uses a firearm to obtain narcotics. Writing for the majority, Justice O’Connor justified the decision by citing one dictionary’s definition of use as “to employ.” To his credit, Justice Scalia dissented, following a rule of interpretation that you could paraphrase as “give me a break, please.” In ordinary usage, he said, using a firearm means using it as a weapon, not as a medium of barter.

At Düsseldorf, Nunberg gave more examples to show in what ways English dictionaries fall short of the mark (to say nothing of bilingual dictionaries).
A Merriam-Webster definition of assassinate fails to indicate that it is applied to a prestigious person being killed by a less prestigious one.
Was the word redskin derogatory in 1965? Dictionaries didn’t mark it as such before 1980.
In 1954, did ‘pay for every broadcast’ include TV, or just radio?
(In these cases, it was shown that corpora can give good evidence of usage).
And a Florida court, relying on a dictionary, found that ‘subject to’ was a passive verb. (Has someone got that reference? It may well be online).

Ah – languagehat has it.

I am noting this because I picked up sounds of a few things I didn’t know at the Düsseldorf conference. The speaker was Agnieszka Doczekalska, on Drafting or translation – production of multilingual legal texts.

There’s something about this in Susan arčević’s New Approach to Legal Translation, a book I have never been able to get on with very well, probably mainly because its main topic is multilingual statutes. I tend to think of multilingual drafting as lawyers’, not translators’, work, although there is obviously some translation involved.

Another thing I know even less about is that statutory drafters in the EU meet up for conferences on XML. As far as I can tell, this is because it is relevant to software that assists drafting, and the XML differs from country to country. Here is Drafting Legislation Using XML at the U.S. House of Representatives. And here is a brochure on the Third Workshop on Legislative XML.

bq. Respondent maintains that it is a cat, that is, a well-known carnivorous quadruped which has long been domesticated. However, it is equally well-known that the common cat, whose scientific name is Felis domesticus, cannot speak or read or write. Thus, a common cat could not have submitted the Response (or even have registered the disputed domain name). Therefore, either Respondent is a different species of cat, such as the one that stars in the motion picture Cat From Outer Space, or Respondents assertion regarding its being a cat is incorrect.

I suppose one could compare the language in Austrian and English courts here, although the Austrian language did not come from the judge.

It’s great having so much literature on the Web, but I think something went wrong with the rhyme here:

bq. Unfortunately, nothing in this world is lasting; and the Golden Age was followed by another, not quite so prosperous, hence called the Silver Age, when the year was first divided into seasons, and men were obliged to toil for their daily bread.
“Succeeding times a silver age behold,
Excelling brass, but more excell’d by golf.
…Ovid (Dryden’s tr.)

Roger Chriss’s articles on Translation as a Profession were first written in 1995 and used to be recommended in the better days of FLEFO on CompuServe for new translators.

Now Roger has a website called Language Realm, with those articles (in the third edition) and other materials, especially for Japanese translators.

There are also glossaries, book reviews, and news items.

Somehow I knew this was too good to be true. 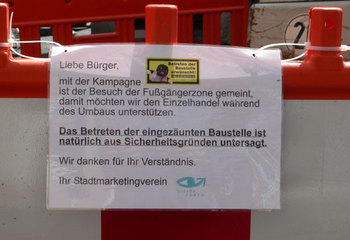 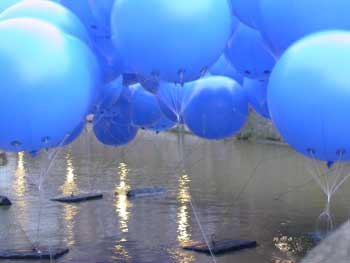 This, which lacks a couple of hyphens, was the museum night combined with anticipation of the World Cup. What I want to know is, did anything exciting happen with these balloons after I left? Two of them were going lightish. Very unfair to the ducks, though. 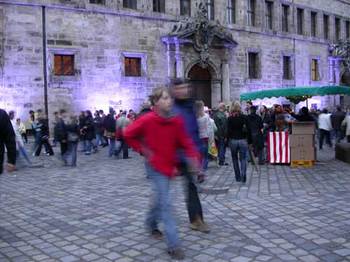 People were eating blue ice cream and Wiener with blue mustard near the castle. No-one was complaining about the pile of chairs erected over the Schöner Brunnen. 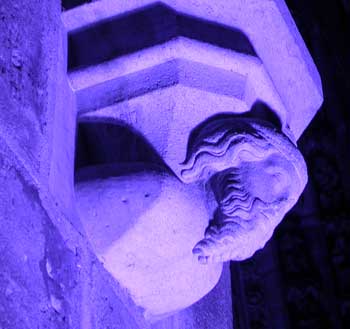 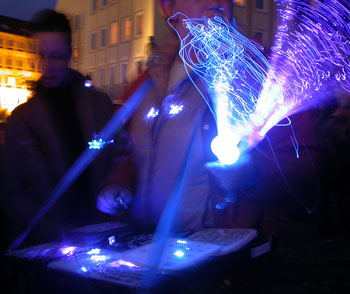 This term seems to have two meanings. See Der Neubauer Hunde-Knigge and Scheißtag. For doggerel and songs see www.hundekot.at. Or alternatively Confiserie Heindl.

Patently silly cites and links to a patent for a Receptacle Assembly for Receiving Canine Fecal Matter (with drawings) (via a comment in Metroblogging Vienna).

Meanwhile, in Fürth, not everyone is as lucky as I am to live in the same building as Hektor, the model for the latest Hundehäufchen leaflet.

Evan Schaeffer, in his Legal Underground, once explained how important he thinks it is for a lawyer to have a hobby.

Had he encountered Donald Ray Burger, of Houston, Texas?

Not just turtles and farewell to a Texas boot store, but Cherokees and outstanding store-bought blackberry jelly.