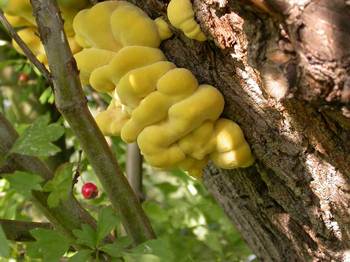 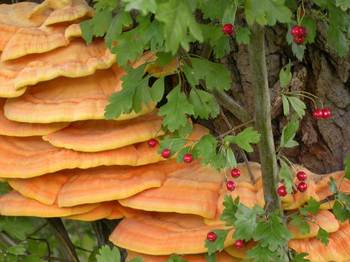 There’s one on flickr too. A commenter says: probably Laetiporus sulphureus (sulphur shelf fungus). Elsewhere I find the name chicken of the woods. And it looks as if people are eating it in Seattle. Schwefelporling – Speisewert: essbar (they don’t say if it tastes OK): I even found it in my mushroom book, and they say I should have taken it when it was bright yellow and juicy, and it is an exception to the rule that tree fungi are usually of no interest to the cook. The older it gets, the drier it becomes.