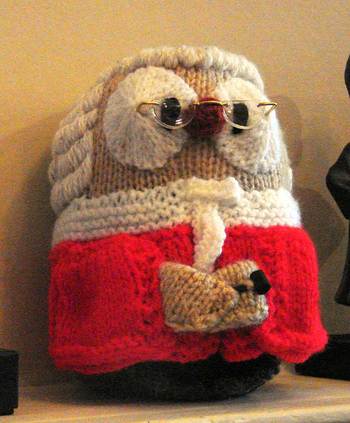 I used to teach some of the vocabulary of case law in English: the hierarchy of the courts; the importance of the ratio decidendi (roughly speaking, the logic behind a decision, rather than the specific facts); the difference between Rechtskraft (res judicata: a particular decision is final and unappealable) and stare decisis (new decisions should follow older ones by certain courts if they are on similar fact situations), overruling and a decision on appeal; binding and persuasive precedents; obiter dicta; distinguishing, and the declaratory theory of the common law (the law does not change, it is merely described more precisely). If a case is not on all fours with a suggested precedent, the court will distinguish, which does not mean ‘see a difference’ but ‘find a difference’ (The court distinguished the present case from Carruthers v. Witherspoon).

While I was away, first the Volokh Conspiracy (here and here) and then Mark Liberman of Language Log wrote on the origin and meaning of the term on all fours.

I first met the term in The English Legal System by Walker & Walker (don’t be put off by the amazon.co.uk review):

Cases which are indistinguishable are described as being “on all fours” with one another.

I had never encountered the earlier version to run on all fours, but the OED and other references give it. I am most convinced by the Liberman argument that one situation is on all fours with another if the comparison does not limp (der Vergleich hinkt nicht). I did think that it meant that the various points all tallied, but that may be wrong. It probably has nothing to do with the idea of a multi-legged decision.

A reported case with facts virtually identical to those of the instant case, so that the disposition of the reported case should determine the outcome of the present case.

This doesn’t Google too well and may be purely Texan (Garner is from Texas, I believe).

The Tenth Criminal Chamber of the Bochum Landgericht has released an interpreter after 19 months’ pre-trial detention. He is charged with 1392 counts of fraud, about 800 counts of falsification of documents and tax evasion in the amount of 1.2 million euros. It is not yet clear how many of these charges will stand, but he has been released over the New Year as there is thought to be no danger of his absconding.

The offences relate to altering documentation for the medical and psychological test that many people have to undergo in Germany if they have lost their driving licences and want them back (MPU: medizinisch-psychologische Untersuchung). The interpreter is alleged to have helped Turkish speakers to pass this test.

Apparently the fraud charges can’t be upheld if the customers knew of the deception in advance.

The MPU test is called the ‘idiots’ test’. Here’s an idiots’ translation about it.

(From Recklinghäuser Zeitung, via Derek on www.flefo.org – I didn’t realize the adjective from Recklinghausen had an umlaut)

This blog is about to close down more or less till the New Year. Here are some seasonal pictures from the medical department of the Thalia bookshop in Erlangen and of the work of a Fürth kindergarten (obviously no Pisa problems here). Note the van selling Uwe’s fish from Hamburg. Bread rolls with rollmops in them are a mysterious element of many German markets. 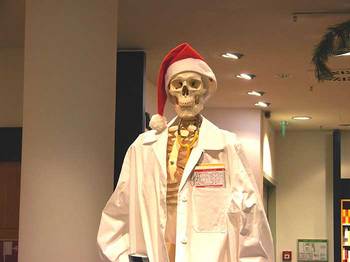 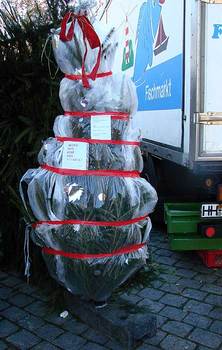 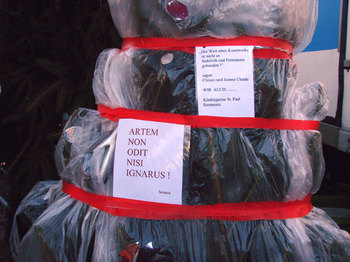 Not just the layout and colour, but also the text has been largely taken over.
What possessed them to clone this of all websites?

Cherie Booth and her fellow barristers at Matrix Chambers are usually involved in fighting discrimination, protecting human rights and exposing injustice. But Britain’s best-known team of lawyers have had to resort to legal action to defend themselves against internet pirates who are using Matrix’s personnel, host of awards and high reputation in an apparent money-making scam.

The matter isn’t as simple as it looks, because it’s not clear who is behind it and how they benefit. The names of two members of Matrix are given, with the Matrix switchboard number. Attempts by Matrix to have the site removed have been going on for at least a week, apparently.

However, Dr Simon Moores, an internet security expert, said Matrix may not succeed in banishing the Lando website from cyberspace: ‘In my opinion as a non-lawyer, Lando Attorneys are exploring the gap between “passing off” [pretending that someone else’s property is your own], which is illegal, and cloning, which isn’t. This isn’t in my opinion a visible attempt at passing off, though it comes close, because Lando have not used Matrix’s name on their site. I think this is cloning. This is a grey area of the law, which is ambivalent, in regards to websites.’

Note in particular the change in the photo of Kevin, under Staff Team (Who We Are). 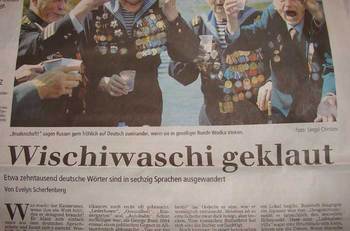 The London Ambulance Service is allowing its paramedics to have tea breaks, in line with EU practice (don’t they have to have coffee?). Tom Reynolds says they can still go to emergencies, but they can allow trivial cases to wait.

The Sun takes this story as an opportunity to roll out all its usual anti-EU vocabulary (even BILD doesn’t do that, does it?)

PARAMEDICS are being forced to finish tea breaks before attending 999 calls under barmy EU rules.
Ambulance staff warned patients could die after the dozy diktat comes into force today.
…
One paramedic  who did not wish to be named for fear of losing his job  said: In other parts of Britain, like Manchester, ambulance services have opted out of the European Working Time Directive that enforces breaks.

I wonder if anyone’s collected the Sun’s EU terminology.

I was surprised to read that German public TV will be having live coverage of Prince William’s graduation parade at Sandhurst tomorrow morning, as was Daland Segler in the Frankfurter Rundschau:

The blogger behind Life in Translation has sticky notes to remember which party is which:

Similarly, it ought to be enough that these terms are in my termbase but somehow it isn’t. And so three sticky notes (physical paper, not electronic ones) live on the edge of my screen.
Arrendadora – LESSOR
Arrendatario – LESSEE

I suggest adding MORTGAGOR and MORTGAGEE