Strange what one sees when wandering off course.

BabyBarista is the weblog of a probably fictitious trainee barrister. It’s probably written by a barrister, though. It has been running since 2 October 2006:

Twelve months living in close proximity before they decide whether to take you on or not. A sort of upper class reality show in microcosm where every one of your foibles will be analysed, where a blackball system exists such that if you annoy one person, youre out. As with Big Brother, youre playing to the lowest common denominator. Attempting to be as inoffensive as possible in the sound knowledge that it wont be the votes for that get you in but the lack of votes against.

There are a lot of links to similar weblogs.

This reminded me that I recently read Harry Mount, My Brief Career – The trials of a young lawyer. That is an account of a year as a pupil barrister. The barristers and chambers are anonymised, the characters are composites but the incidents based on things that really happened.

This was a really well-written, readable book. The author decided that being a barrister was not for him and is now a journalist. I think it might be of interest to someone thinking of being a barrister. Still, there were a few negative points. The book was really short and it looked as if the pages were a bit underfilled, and in view of this, some of the topics were developed at disproportionate length, for instance the description of the kind of language used by building workers outside the chambers windows as compared with the way the barristers communicated with each other. Then the book suddenly and without preparation trotted out the partly incorrect facts of some of the cases in English law best known to students. And finally, one of the author’s main points, that the law is not exciting in practice (he wanted to have a libel practice like George Carman), but this is dealt with rather superficially. All in all, the contents are rather like a collection of stories a person might tell to friends at the pub to get a quick laugh. But there were some lovely details, especially about the kind of clothes barristers are expected to wear in that particular chambers.

One of the amazon.co.uk reviews was particularly interesting:

In some sets of Chancery chambers, age-old practices such as the Chambers Tea (at which pupils are, Mount reports, not allowed to speak) do persist. He frequently tells us that he can summon no enthusiasm for the dry, somewhat complex legal problems he’s dealing with, and the difficulties he experiences in solving them show that he doesn’t actually possess the talent to practice that sort of law. But it could all have been so different. Pupil barristers in chambers which specialise in criminal law spend a lot more time out at court both on their own and with other barristers. They deal with real people and not dry legal issues. Their pupil-masters are likely to be about half the age of Mount’s, and overall I should be surprised if they identified even one of the anecdotes in this book with their own experience. 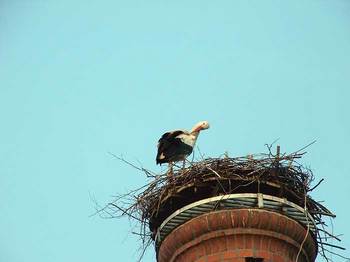 Taken two days ago. I might have written more, for instance something about legal translation, but my provider has been down. Here’s a view from the office window, also from Wednesday: 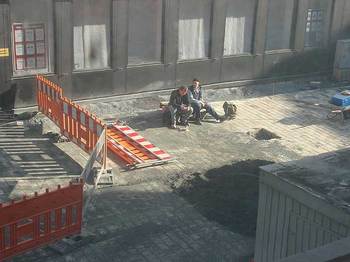 Ken Kronenberg’s blog has been active since last October:

The purpose of this blog is to provide a forum, a clearinghouse, where progressive translators and other interested persons may discuss issues of concern, including, but not limited to, political aspects of translation, translation theory, the policies and structure of the ATA, and activism at the local group level.

I’ve linked to Ken’s website before, but I didn’t realize he had a weblog.

Sometimes German-English translation takes us outside the German-speaking area. 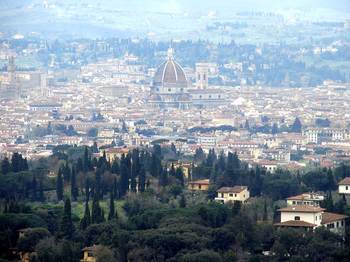 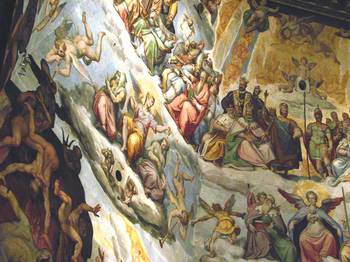 Here are some other tourists with a supernatural belief in the power of flash, pretending to photograph the dome of Florence Cathedral. 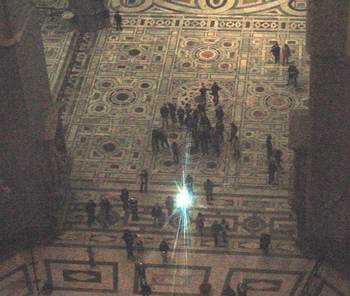 Italians have a strong visual sense. These drawings are very old, predating Brunelleschi’s rediscovery of the laws of perspective.

Comments will be closed and activity here cease for a few days. 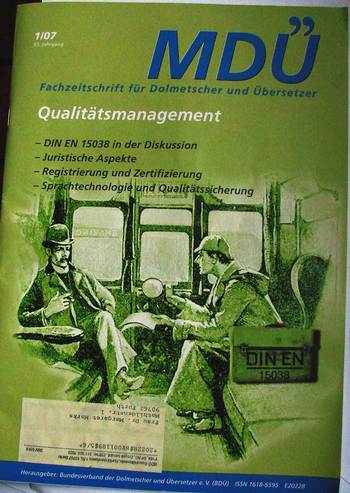 Mystery of the week: what has translation quality control and DIN EN 15038 got to do with Sherlock Holmes and Dr. Watson? I think this is a question even Sherlock Holmes (I happened to watch a DVD of The Hound of the Baskervilles with Basil Rathbone yesterday) couldn’t solve.

It appears that the image is a doctored version of a public domain illustration at Wikimedia Commons. The original drawing has the text ‘Holmes gave me a sketch of the events’. Maybe this illustrates the brief train journey taken in The Hound of the Baskervilles, before Holmes and Watson sneak back across the moor. 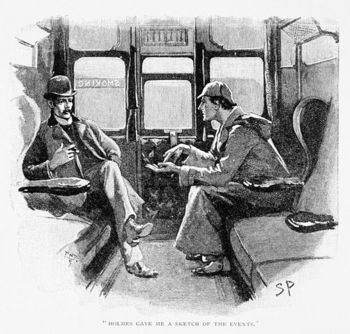 The problem is that the drawing evokes quite inappropriate associations among English readers.

IATE, the EU terminology database that is the successor to Eurodicautom, is now available to all online. This was promised for the second half of March. (It gave me ten different German versions of affidavit).

Not what I usually think of as bad translation.

It seems a good idea to pay for one’s underground ticket, but the consequences of not paying are worse than I imagined – a criminal record and no future. 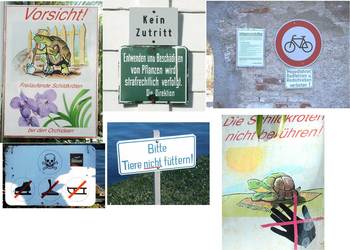 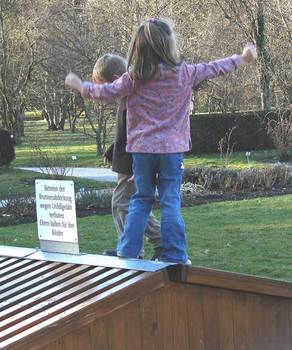