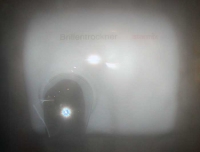 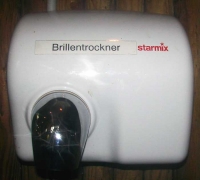 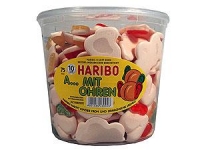 You can certainly buy Stollen at Christmas in Lidl and Aldi in the UK (Upminster now has an Aldi), but on the whole their ranges are British, as is shown by their Burns Night offerings (which I missed, of course). The following partial screenshot is taken from Google’s cache. It is no longer available at the Lidl UK site.

Click to enlarge, as usual (my thumbnails are rather small, but I haven’t yet investigated how to change their size in Serendipity).

Gareth McLean discusses the kilt in the Guardian today.

He feels that although it isn’t bad for twenty-five quid, it just doesn’t feel like the real thing (£375-odd):

To be fair, you can’t really tell with the kilt – at least, not from across the room. (The sporran, on the other hand, is cheap and nasty and no mistake.) It’s made with five yards of material – as opposed to the more usual eight – and though that material is machine-washable polyviscose, and not the finest wool woven lovingly on looms in bleakly beautiful corners of the Highlands and then turned into kilts by skilled craftsmen and women whose families have been kiltmakers for centuries, it’s certainly not as shoddy as I’d feared.

And yet, there’s still something wrong with this bargain-basement version of Scottish national dress. Never mind that the shirt has an unpleasant echo of early Spandau Ballet, the kilt simply doesn’t have the import it would if it cost what it should rather than what it can be made for in a cut-price factory somewhere.

(My heading is influenced by a statement by a German carers’ association today, complaining about the low wages of its members: McPflege darf nicht um sich greifen. Is Mc a new Denglish prefix in German?)

Beaming Prince Charles in to a conference in Abu Dhabi is said to have saved 20 tonnes of carbon waste. He must be heavier than I thought.

The election campaign continues outside, and I now have more SPD pens than CSU. The Green Party offer a green version of the folding cow: 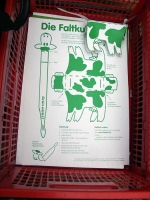 This can be found online: direct link, indirect link, or just use Google. Or maybe you prefer the origami cow: 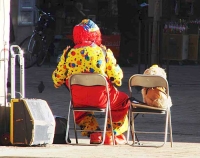 According to cnet news:

Google says the problem has been sorted out.

Best wishes to all those celebrating Burns Night, and even those who aren’t.

Yahoo Answers dealt with the question of whether it is safe and ethical to eat road-kill haggis, and Mostly Eating recommends a haggis and winter tzatziki wrap for the leftovers. Winter tzatziki is apparently identical to summer tzatziki (via the Guardian).

Incidentally, the OED says the derivation of ‘haggis’ is unknown, but until the beginning of the 18th century it was equally common in England.

This is a story from May 2007 that has only just reached Legal Juice (and me). I’ll just note this for translation purposes:

When he was given a breathalyzer test, they were stunned to find that he was a whopping ten times over the legal limit for drivers. He had a 0.5 percent blood alcohol content (BAC) — the legal limit in Germany is 0.05 percent.

Comparable UK text from the Guardian:

Mr Paul had 176 milligrams of alcohol per 100 millilitres of blood; the legal limit in the UK is 80 milligrams while it is 50 milligrams in France, the hearing was told.

Explanation from a UK drink-driving site:

The UK legal limit for drivers is 80 mg of alcohol per 100 ml of blood, often referred to as a BAC or blood-alcohol concentration. In US terms this would be expressed as 0.08%. This is alternatively expressed in terms of breath alcohol – 35 礸 (microgrammes) per 100 ml (which is now the usual official measure in the UK), or alcohol in the urine – 107 mg per 100 ml.

This is often reckoned to be equivalent to two pints of ordinary strength beer which, for a man of average weight, is broadly true, but should not be used as a general rule – see Drink-Driving Guidelines. It is impossible to draw an accurate correlation between the amount of alcohol consumed and the resulting peak BAC, and anyone trying to “drink up to the limit” runs a serious risk of exceeding it.