This is a mysterious ad from the current version of the booklet announcing the BDÜ September translation conference in Berlin: 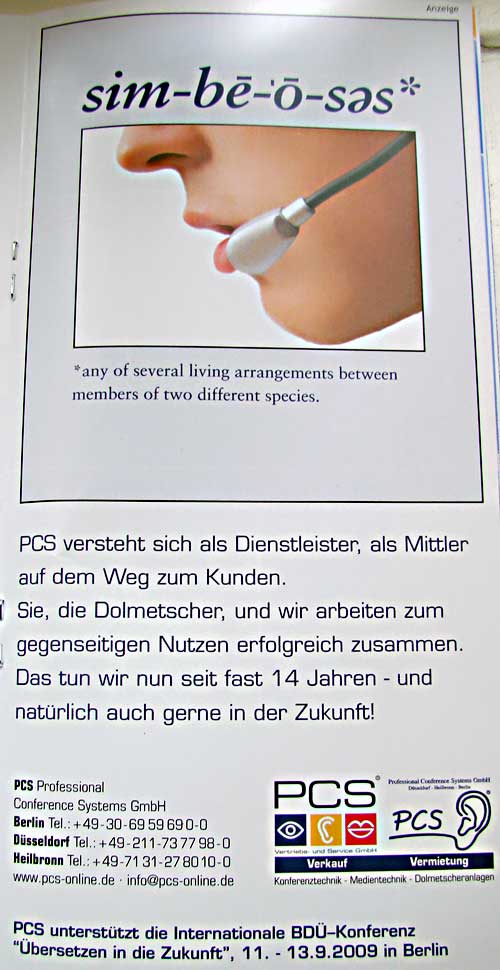 Weird. This is the best I can do for the most common pronunciation:
sım baı ‘ǝʊs ıs

The o sound in the third syllable is a bit different in the US. The second syllable suggestion is less common than mine, and the schwa in the last syllable is recorded as non-RP British in the Longman Pronunciation Dictionary.

Mind you, their use of an o indicates they are not using the IPA. I am open to correction!