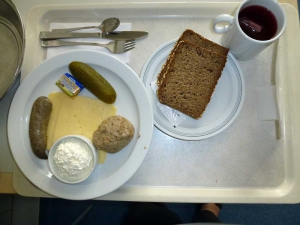 I’m not really ill but I did finish up in the ENT department of the Klinikum Nord in Nuremberg for five days last week. I had what was described as Neuropathia vestibularis, which could be a virus infection of the ear which attacks the centre of balance. What you see on the photo above is not two pickled cucumbers. 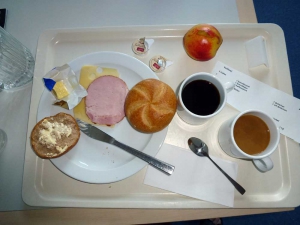 What looks like a German Saturday lunch, but it was Friday. 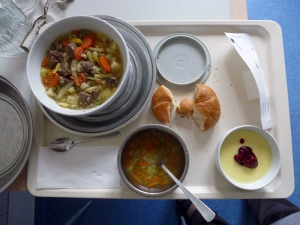 Leberkäse (which contains neither liver nor cheese): 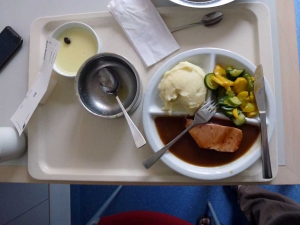 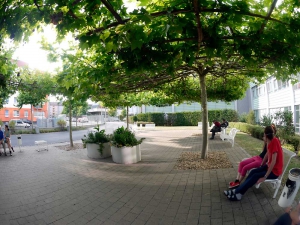 Mother Teresa opposite the room where they put warm and cool water in your ears. She may still be regretting being overshadowed by Diana. 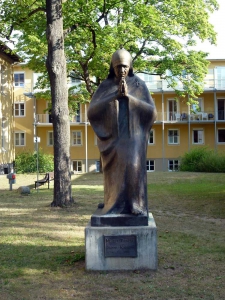 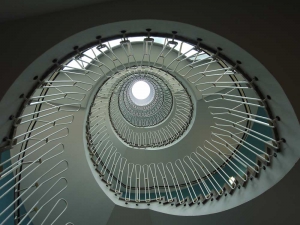