How to address judges

This is now outdated. There is now a Ms Justice.

A high court judge, Alison Russell, QC, has become the first to be formally addressed as Ms Justice after being given permission to use the title in court.

Judges in the high court are normally referred to as Mr Justice or Mrs Justice but Russell, who joined the bench full time in January and specialises in family law, was allowed to update the traditional form.

They have been called Mrs Justice before, whether married or not, because Miss Justice sounds like misjustice.

But then there was a time when Dame Elizabeth Butler-Sloss was called ‘Lord Butler-Sloss’.

Dame Elizabeth, who is sister to the late Lord Chancellor, Lord Havers, and aunt to the actor Nigel Havers, became a High Court judge in 1979 at the age of 46. In 1988 she broke new ground when she was appointed to the Court of Appeal. She was called Lord Justice Butler-Sloss and “My Lord” for six years until the then Master of the Rolls, Sir Thomas Bingham, said that she could be called Lady Justice Butler-Sloss.

One question is why indicate a judge’s sex at all. I see that if a text refers to Mrs Justice or Ms Justice, you know it’s a woman judge. It may be a good thing that people realize that female judges exist, or it may be unnecessary discrimination. In a German text, it would always be ‘die Richterin’. I remember correcting students for translating that as ‘the woman judge’ (a colleague famously took a mark off for just writing ‘the judge’ and thus missing out part of the meaning).

The translation question also arises with ‘Frau Schmidt’ and so on, where the translation needs an English title. Ideally the client should know whether Mrs, Miss or Ms will be preferred. If you don’t know whether the Frau is married or not, will she be offended to be called Ms?.

It is very difficult to get called Ms here in the UK. The fact that people don’t believe it can be pronounced on the phone is one thing – I seem to spend hours hanging on the phone trying to sort things out – but there seems a tone of ill-will sometimes if I insist on it. I therefore pass as Miss a lot of the time, since Dr feels like overkill and I don’t want to pass as Mrs (airlines usually give the choice between Mr and Mrs).

My feeling is that things were different here thirty years ago. I was shocked when I first received a birthday card from a relation addressed to “Miss”. And I discover that when I ask companies to write to me as “Ms”, there is either surprise at my insistence or irritation. My surprise isn’t because in Germany every woman is “Frau”, but because things have changed in this country. Eve Kay confirms my feeling:

A quick survey around the offices where I work uncovered an interesting generational divide. Most of the women under 30 had never even heard of the title Ms and couldn’t understand why I was so worked up. Equally, most of the women over 30 were vociferously in favour of Ms and thought the title Miss preposterous. Elisabeth Murdoch, chief executive of the company I work for, noted: “You become a Ms as opposed to a Miss on your first day as a professional … I don’t think you take a Miss seriously (nor would you take Master seriously). And, as for the choice of Mrs – I am not someone who subscribes to the idea of assuming your husband’s identity rather than your own.”

A note on punctuation: BrE says Mrs, Mr, Dr, Ltd are contractions, not abbreviations, so take no full stop at the end. I suppose that Ms is the same, even if no one is sure what the long form is. AmE tends to put a full stop (period).

Some impressions of here to fill the current gap.

Polling day today (this is not a polling booth) 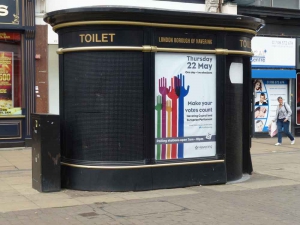 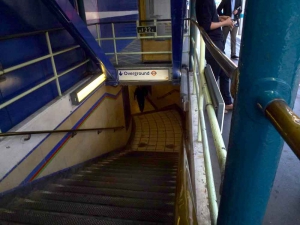 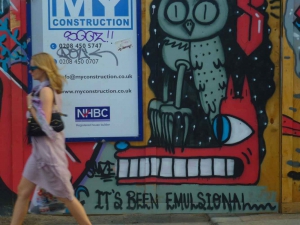 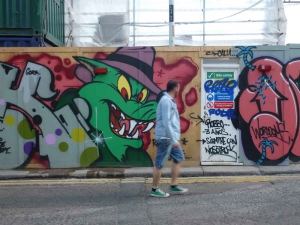 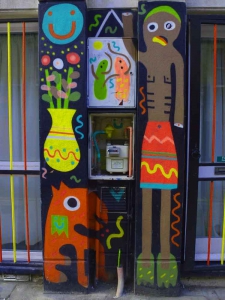 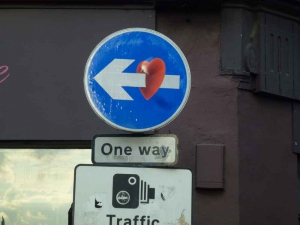 This makes me feel at home 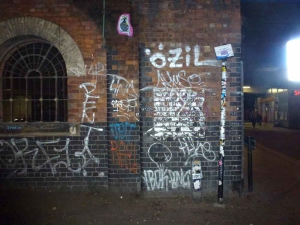 The rules of the Howzat? in The Local.

Details of the organization of clubs in Germany can be found in Wikipedia.

This is a rather thin post, but further reading can be found in André Leslie: Batting for Berlin – the author is an Australian cricketer who moved to Berlin.

This charming tale uncovers Aussie André’s well-meaning but often failed attempts at integrating into German life and his successful completion of the first ever German cricket tour of India, as he becomes one of Germany’s most noted cricketers and first TV cricket commentator. Anyone who can explain the silly mid-on field position to an audience of extremely literal-minded Germans is doing well.

And then there’s Field of Shadows: The Remarkable True Story of the English Cricket Tour of Nazi Germany, 1937. By Dan Waddell. (Economist article Herr Howzat). The Reichssportführer, Hans von Tschammer und Osten, invited the MCC to play in Germany in 1937.

Some skilled detective work by Dan Waddell, an occasional crime-writer, reveals this unlikely story in an eccentric and improbably entertaining short book.

Some pictures in this BBC article.