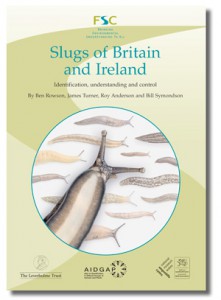 On the basis of ‘If you can’t beat them, join them’ I decided to find out more about slugs. Fortunately, this book has just been published (superseding the 1983 edition). 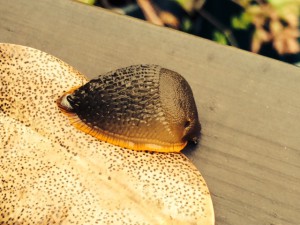 If you’re interested in slugs of Britain and Ireland, this is the book for you. You know who you are.

Some information that was new to me: slugs have been considered to cure consumption and sore throats if you swallow them.
Slugs have a bad press.
They evolved from snails and although they have uncoiled, they still have a ‘right-handed’ asymmetrical body like their snail ancestors.
Life as a slug. Slugs are hermaphrodites, which makes mating complex. It can last from under a minute to many hours. They can probably all self-fertilize, but the worst pests are usually outcrossers.
Slugs must have arrived in Britain or Ireland without human help at least 5,000 years ago to be native. (I’m not sure how they came). We share some slugs with Iberia and the Pyrenees.
More money is spent on dormouse and newt surveys every years than has ever been spent on slug recording.

There is a lot of information on identifying slugs, with pictures. There is also advice on how to get rid of slugs, and slugs are given flags according to how much of a pest they are. There are appendixes with lists of Latin and English names (Spanish Stealth slug, Budapest Slug, Dead Man’s Fingers, Rusty False-Keeled Slug, Vulgar Slug and so on). Also details on how (and why) to dissect a slug.

Perhaps by its nature, the book is rather dry in parts, but there are headings like ‘Why be a slug?’

Curiously, it appears that a long-awaited guide has also appeared in Germany at virtually the same time. Die Landschnecken Deutschlands covers both snails and slugs, of which there are 242 species in Germany. Members of the Schnecken-Forum were excited about this. I haven’t seen the book itself, but no doubt it would make me envious of the wealth of slugs and snails on the Continent.