Perhaps this follows on from what she is alleged to have said when asked if she would be wearing Versace to the European Court of Human Rights and replied ‘I’m wearing Ede & Ravenscroft’.

1) Oh dear! We can’t begin to tell Amal just how much is wrong with this outfit, which she wore this week to the European Court of Human Rights during a trial against a Turkish politician who denied the existence of an Armenian genocide 100 years ago. The solid black colouring of the material, combined with the baggy shapelessness of the whole ensemble… to make matters worse, her gorgeous Lebanese skin tones are washed out by that ghastly white collar and bow. It’s clear that Mrs. Clooney hasn’t got the hang of dressing for the press just yet! Sort your wife out, George!

But I am shocked to discover there is actually a blog about what she wears: Amal Clooney Style.

Meanwhile your blogger has been admiring fleshy buttocks and meaty arms at the Rubens exhibition.

I will be getting back to legal translation matters – really! Meanwhile: 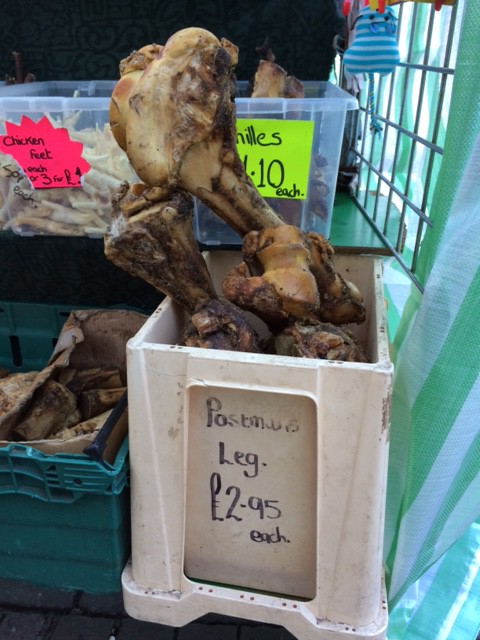 Apparently these are also sold as Dinosaur Bones.

2. Burns Night tomorrow: Lidl has or had kilts on offer.

3. Between the Lines: podcasts on literary translation, including Joyce Crick on Freud and Kafka in English and Anthea Bell and Jo Catling on translating W.G. Sebald.

4. It seems holders of manorial rights in land will not be able to claim damages for fracking.

5. I suppose it’s not likely that, if Scotland were to be independent, Orkney and Shetland would have to be handed back under udal law? It does appear that a very few people, possibly not including royalty, are or were pursuing this line.

AN INDEPENDENT Scotland will have to hand back Shetland and Orkney according to Denmark’s British Ambassador.

In partnership with Norway’s King Harald V, the Danish regent Queen Margrethe II intends reviving the ancient rites of Udal Law which were ratified by the Scottish parliament in 1567.

I am excited to announce that Thomas West has been running a legal blog for a couple of months – I have only just seen it.
The blog can be accessed from his website, www.intermarkls.com.
Most of the posts so far are on Spanish to English legal translation, but there will certainly be posts on German coming, on German law and Swiss law above all.

The opening post in 2014 is headed 10 Ways to Improve Your Legal Translations – it contains a lot of useful advice:

Yes, I remember being surprised to read the US press writing about ‘the high court’.

Be careful not to assume that the photograph of the former King Juan Carlos of Spain, who has been testing the adage ‘The King can do no wrong’, with Tom, who looks different and as far as I know has done less wrong.

The post Costas, costes y costos reminded me that in England we talk about court fees and lawyers’ costs. There used to be a term taxation of costs, meaning review of the necessity of costs, where a court officer, called a taxing officer (this gives the word taxing at least three meanings), reviews whether the solicitors had overcharged (the service is only available in connection with a court case, but the court’s fees, of course, cannot be challenged in the same way). The term has apparently been changed to detailed assessment since 1998. However, taxing officers and taxation orders are still so called. Here’s the Law Society on making a complaint about your solicitor’s bill.

A Conservative election poster with the theme ‘the road to recovery’ has a photoshopped version of a photo taken near Weimar six years ago.

In an email to Elaine O’Neill, the photographer said: “I think 35 percent of the picture is taken from my picture, the sky and other elements from other pictures.”

Happy New Year to all readers and I wish you the infinite wealth which you may or may not get after seeing all seven noses in Soho on Peter Berthoud‘s tour – recommended. Do not fall for anyone offering you ‘six noses of Soho’ at a reduced rate. This is a pale copy and, what’s more, ineffective. The Peter Berthoud walk was not just about the noses and went all over Soho and beyond in two hours as the weather got drier and the skies gloomier. 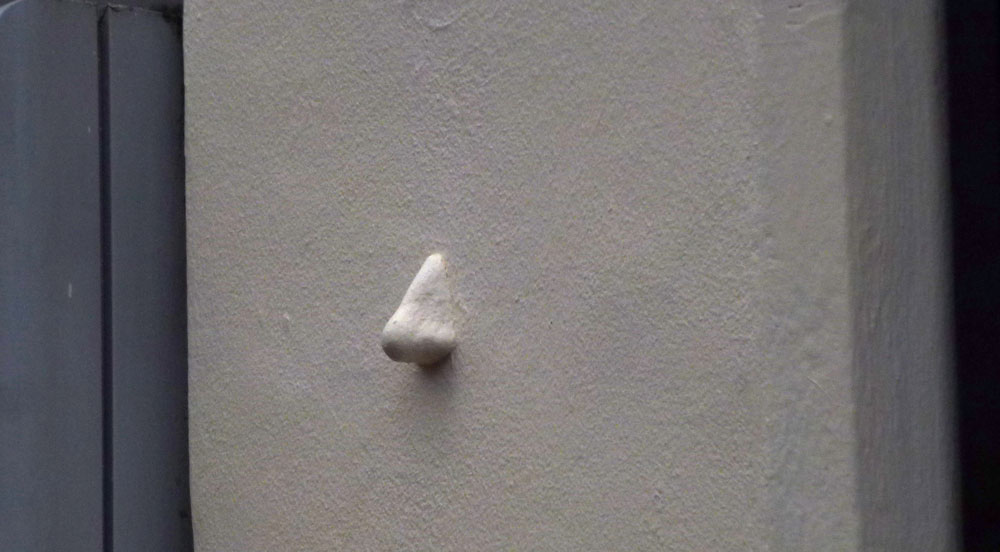 We saw one of the altered traffic signs not yet spotted and reversed by Westminster Council: 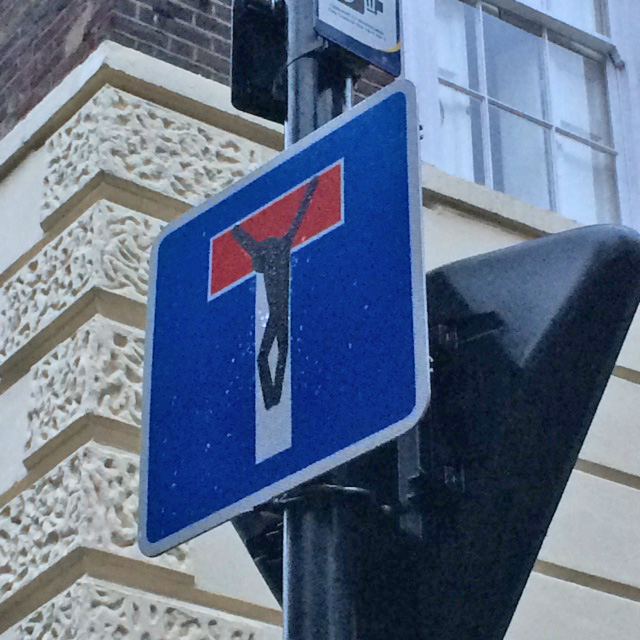 I’d seen one in Brick Lane before. But I didn’t know they were a set and were the work of Clet Abraham, a French artist. There’s an interview with him in the Huffington Post.

The noses proper were the work of Rick Buckley, but because he didn’t out himself at first, stories grew up around them.