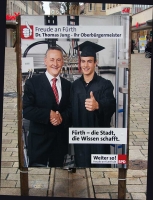 I haven’t noticed any increase of learning in the immediate vicinity, but I believe scientists have been imported to the former Grundig territory.

Meanwhile, in Erlangen, the Green Party can’t swim, so they present themselves on bikes: 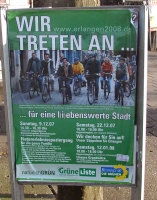 In this way they merely blend into the rest of the population of Erlangen. Here is a bicycle park at the station: 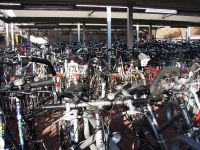