Bernd Schmitz (multimedia blog) found the general terms of business of 1 & 1 as a potential ISP heavy going and had the idea of creating a word cloud from them at Wordle. 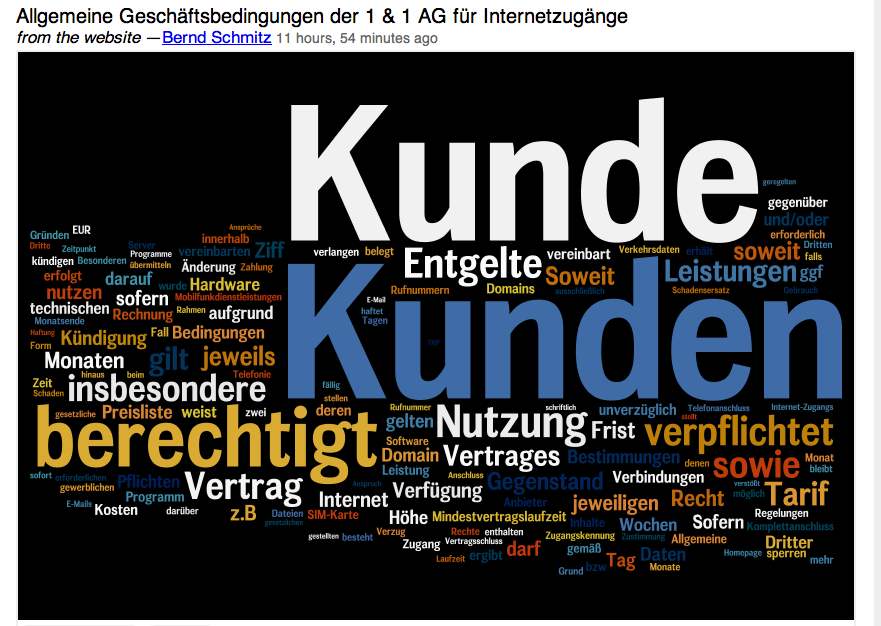 I tried the same thing with Virgin broadband terms and conditions (UK): 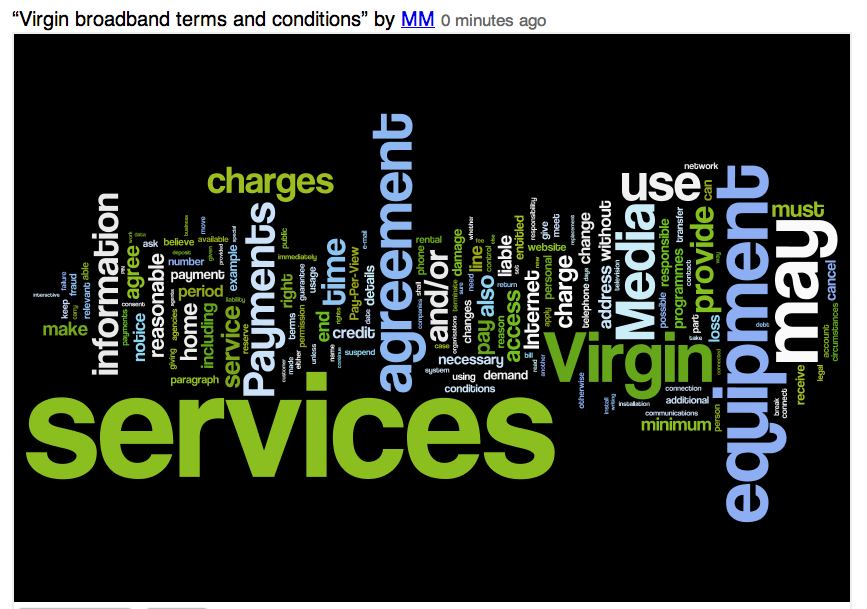 I suppose a contrast between two English or two German sets might be more interesting.

Superficially, I note that the English contract is addressed to you, not that the word springs to the eye in the cloud, whereas the German is in the third person, hence der Kunde (the customer). Also, the German has portmanteau words like Mindestvertragslaufzeit (minimum contract term) (and more abbreviations than the English, such as z.B. and ggf, the former with a full stop in the middle and the latter without). The German berechtigt and verpflichtet match the English may and must (no shall here). Might be worth thinking about when translating from one to the other, although one doesn’t always want to do a complete adaptation.