I went to the Buchmesse yesterday. I hadn’t been for three years. I spoke to two publishers, briefly. But mainly I go to look at the books, not to chat up publishers. 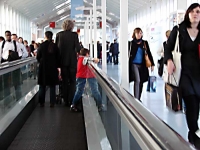 It seemed less fun than last time. I was also quite disoriented. Last time, I remember taking little buses everywhere. They must have gone to the main entrances. On foot (the Via Mobile doesn’t go everywhere), it can be very wearing to walk all over a hall looking for the right exit. This is despite looking at the map online the night before. 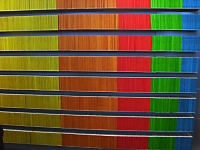 This is probably a translator in action: 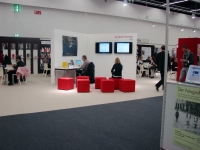 Previously, I made a longer list of publishers beforehand. I would go and see small presses like Ten Speed Press or various international law publishers – as a reader and book buyer, not as a translator. Now, I suspect many presses weren’t even there, and although I took quite a few catalogues, there was nothing like the superabundance of yore. Probably the financial crisis has had its effect.

I had been reading Chinese novels and thinking of brushing up my Chinese, but I did not see any English-language publishers with Chinese books (there may have been some). There were some German translations around. The tent features mainly Chinese minorities, doing calligraphy, painting, embroidery, making puppets and so on – all a bit demonstratively non-political.

For the Book Fair, translators means literary translators. The translators’ centre, which I saw when it began, have become a firm fixture. I heard Norma Kessler and Babette Schrooten talking on the topic of Wie kommt man als Übersetzer zu einem Spezialgebiet? – How does a translator find a special subject? They were talking about their position after training as translators. Babette had worked in a medical occupation for fourteen years and had done a lot of horse riding, and Norma (after failing to get a translation from Diogenes – I get the impression universities give their translation students the idea they can make a living as literary translators – and they haven’t even studied literature – rant off) went into architecture, her husband being an architect. It is always interesting to me to hear other translators talking about their lives. It also indicates that translation students (of both sexes) should consider well who they get married too.

At the BDÜ I was glad to meet – if briefly – another translation blogger, Fabio Said of fidus interpres. He was only there for the day too and had travelled as long as I had, but got up earlier. 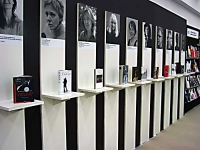 LATER NOTE: Fabio has blogged the Buchmesse now, and he also has a video giving an impression of his day there.

And here’s another impression of mine – hot dogs being warmed up at the left. 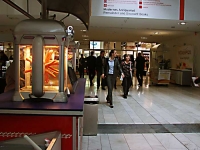