This is off topic, but it made good soup. I used a recipe from a Nestles site, I think, where the chicken is simmered in salty water for two hours, some vegetables (later discarded, so I stuck to things with flavour like onions, celeriac and parsley root) join it after one hour, and after that there was a lot of meat that wasn’t too shredded up (unlike my earlier attempt with a maize-fed chicken) and I added some shredded veg for ten minutes. 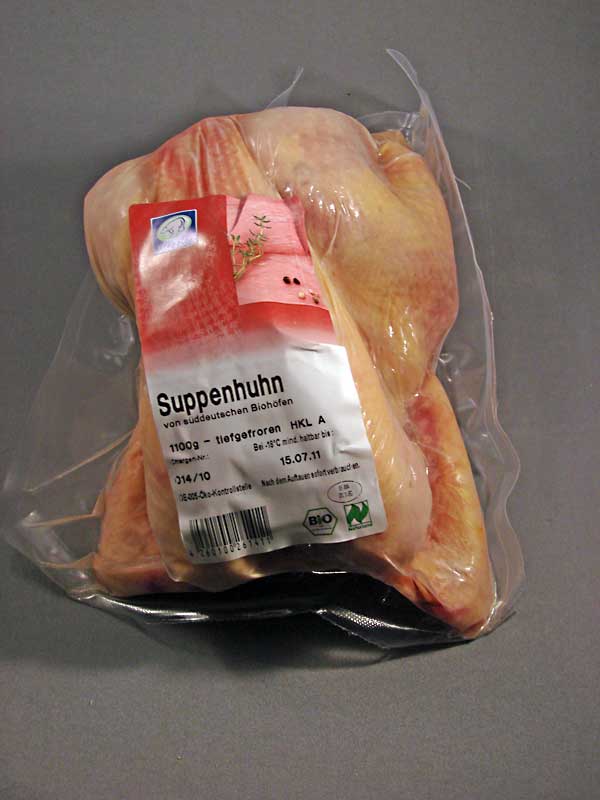 This is the cross-reference, by the way (in German).