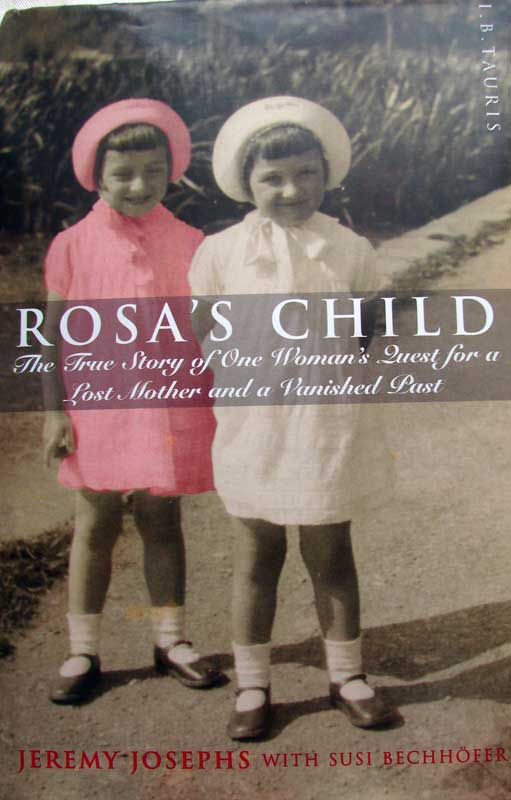 These are the Bechhöfer twins, Susi (on the left) and Lotte. They were born to an unmarried Jewish mother (and long-time resident of Fürth) in Munich in 1936. They were sent on the Kindertransport to Liverpool Street Station in 1939, and then they were fostered by a Welsh Baptist minister and his wife, who renamed them Grace and Eunice and destroyed all traces of their former life. Their mother Rosa died in Auschwitz. When Susi did her GCE O Level exams she first found out her real name was not Grace Mann but Susi Bechhöfer – Edward Mann could not adopt the twins until they were eighteen.

Lotte had an incurable brain tumour, was ill as a teenager and died at 35. It wasn’t until Susi was over 50 that she found out that she was Jewish and how she had come to the UK, and found a cousin and family in New York and a half-sister in Germany.

A TV programme about Susi’s story influenced Sebald’s Austerlitz – see a Guardian interview shortly before he died. Austerlitz, unlike Susi, was 7 when he left for Britain and had childhood memories he rediscovered:

The story concerns Jacques Austerlitz, who is brought up by Welsh Calvinist foster parents and in his 50s recovers lost memories of having arrived from Prague on the Kindertransport, the lifeline to Britain of some 10,000 unaccompanied Jewish children in 1938-39. It was spurred by watching a Channel 4 documentary on Susie Bechhofer, who in mid-life remembered coming to Wales on the Kindertransport. She shared a birthday with Sebald, May 18, and was from Munich. “That was very close to home,” he says.

Susi’s husband is Alan Stocken and her son Frederick Stocken, a composer.

You can see a bit of the book in Google books search.