Sat-nav devices have at least three times let me down just when I wanted to drive back to Germany, and I once got lost in Frankfurt am Main and found myself facing this Russian Orthodox church of St. Nicholas. 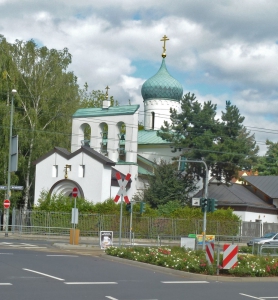 I was lucky enough to actually stop there on Sunday.

However, we were not welcome. The church is not for tourists, but for God. My friend said she was from Frankfurt, but this made no difference. Photos of the interior were not welcome and we were rapidly escorted out. 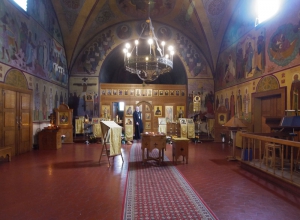 We were told that had we attempted to photograph the inside of a mosque, we would have found our heads cut off next to our bodies. The Russians were less aggressive, however.

1 thought on “Russian Orthodox Church in Frankfurt am Main”