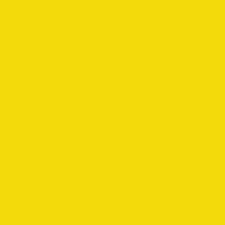 Only in England? It’s rather shocking to read that Aldi has changed the name rape yellow on its paint to rapeseed yellow after a complaint from a customer who had been sexually assaulted.

Apparently the plant is known as rape or rapeseed, that is, the word rapeseed can refer to the whole plant. I am sure the yellow is the yellow of the flowers, not the seeds, as some papers seem to think. It’s also known as oilseed rape and canola.

The name “canola” was chosen by the board of the Rapeseed Association of Canada in the 1970s. The “Can” part stands for Canada and “ola” refers to oil.[5][6] However, a number of sources, including The Free Dictionary, continue to claim it stands for “Can(ada)+o(il)+l(ow)+a(cid). The name was coined partially to euphemize the name of rapeseed oil, to avoid the negative connotations of rape as a violent sex crime, from the Latin “rapere”.

But the standard name is either rape yellow or rapeseed yellow, see RAL 1021 here.

A Wikipedia site seems to be mainly German, because it says of light ivory ‘Mandatory for taxis in Germany since 1971, although in limited states only in recent years’ and broom yellow: ‘Deutsche Bundespost since 1980, since 1998 Deutsche Post AG’. And for what it calls rapeseed yellow: ‘Österreichische Post, Deutsche Bundespost 1972–1980, Gold in the Flag of Germany’.

This reminded me of the paediatrician/paedophile story, but apparently that was a myth.

Well, it’s hard to forget something that never happened. There was no attack on a paediatrician in Portsmouth. As is frequently the case when relatively minor events are turned into massive morality tales, the facts of what happened 10 years ago are continually twisted – in Gwent, people! – it was not carried out by the ‘populace’ but probably by a small group of teenagers.