I was rather disappointed by these as I was looking for a heap of potatoes, which they resembled from afar. But it’s an opportunity to point out that mangold in English is not the same as Mangold in German. Although apparently it is. 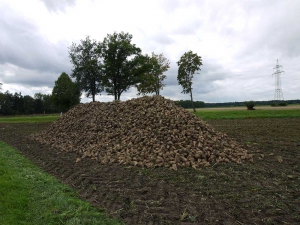 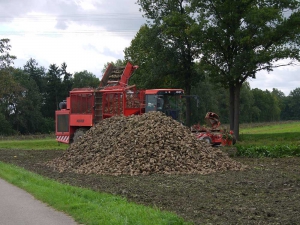 The green stuff at the centre to back right is their leaves.

This still doesn’t answer the question why we call Swiss chard Swiss.

And if you prefer pumpkins, see Switzerland in a Nutshell 1 at Anglo-German Translations

Incidentally, here in Switzerland it is not called Swiss anything. In the German speaking parts it’s usually called either Krautstiele, Stielmangold or plain Mangold, and in the French speaking parts it’s just called blette. Apparently it was called Swiss chard in some English-language seed catalogs to differentiate it from French charde or chardon originally.