A visit to the dentist took me past a university bookshop in Erlangen recently:

There I picked up a couple of law books. The first was the dtv-Atlas Recht, Band 1.

(To buy from amazon.de click on picture – but read on first!)

This book has some geographical maps, but most of the illustrations are diagrams intended to summarize the text visually. It’s volume 1 and covers general matters, constitutional law, EU law and criminal law. It has rave reviews on amazon.de and elsewhere, but I wonder about some of the illustrations. 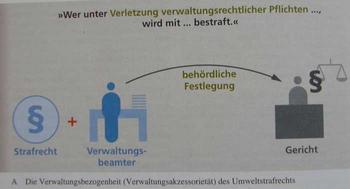 It seems to me you could spend a lot of time working out what the graphic actually means. Perhaps that’s the idea. Lots of legless people, anyway, unless the legs are really needed. 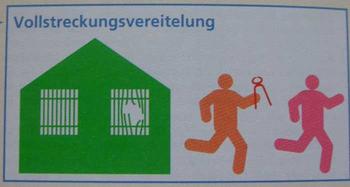 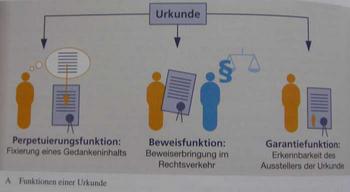 I just wonder who did the graphics. I mean, I know who did them, but did the author provide the idea and the design company just execute it?

Of course, the title conjures up a different book, one that would show the differences between the Länder, that would indicate the line between Baden and Württemberg, where different types of files are used, the varying crime rates, where same-sex marriages are solemnized by the notary and where at the register office. But this does have a map showing the kontinental-europäischer Rechtskreis (divided into romanisch and deutsch, and deutsch including Scandinavia), and the anglo-amerikanischer Rechtskreis (divided into englisch and amerikanisch – very odd).

There is also a dtv – Atlas Weltgeschichte 2. Von der …
in two volumes or one. Interestingly, this has been translated into English for Penguin (The Penguin Atlas of World History:…). The translation isn’t perfect, but it’s a great source of terms for historical battles, personages, and other terminology.