Exhibition in Nuremberg on Dürer’s Praying Hands – one of a number of studies for an altar that has taken on a life of its own.

People from all over Germany filled in questionnaires. Where are your ‘Praying Hands’ now? From left to right: bedroom, living area, entrance area, workplace, not hung up, other. 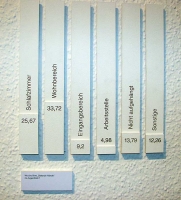 A room of pictures of people with their picture, model, carpet, T-shirt or whatever: 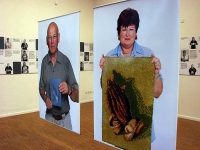 To my shock, the 10-metre statue in Webb City, Missouri is only ‘one of the largest’ in the world. (parenthetical remarks) has been there too. 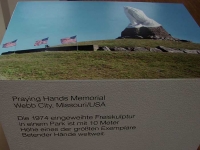 8 thoughts on “Where are your ‘praying hands’ at the moment?/Wo sind Ihre “Betende Hände” im Augenblick?”