I have been slow to post recently, but I did spend two days attempting to update my weblog software, until fortunately the problem was solved and the work done by Garvin Hicking, who is the Serendipity developer, with the help of the user Timbalu, who first realized that the MySQL database on my provider’s site was extremely ancient and the mysterious feedback I was getting, e.g. suggesting I increase permissions on subdirectories I could not even see, resulted from MySQL being unable to cope with the data. My fault, no doubt, as I had not updated since 2007.

To make up for the silence, here is a photo taken in Fürth last week. 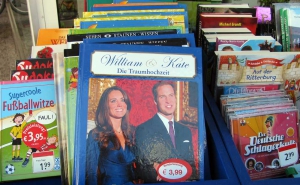 Although I haven’t heard mention of the royal wedding in my many phone calls with the UK, I gather from the German press that everyone in the UK is really excited about it. If so, you might consider the book Knit Your Own Royal Wedding (amazon.de, Daily Telegraph).

Here is a picture of a bookstand at Erlangen station. Things were not like this twenty years ago: 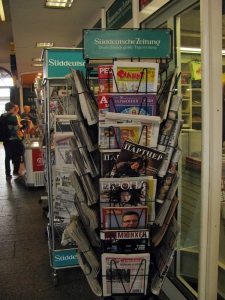 Now an example of new German, in case you are out of touch: 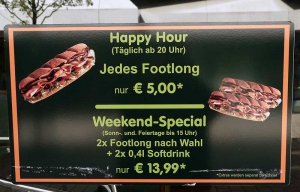 And finally, taken this morning, part of a flea market outside the TV shop run by Ingomar Schnatzky: 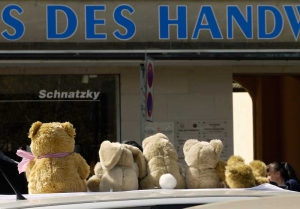