It seems that the adjective legendary is applied to German bakers and pastry chefs. Actually, legendary pastry chef is a thing. Although even legendary translator gets a few ghits.

Konditor and Cook (thanks, Trevor!) have been around for a while and have a book. 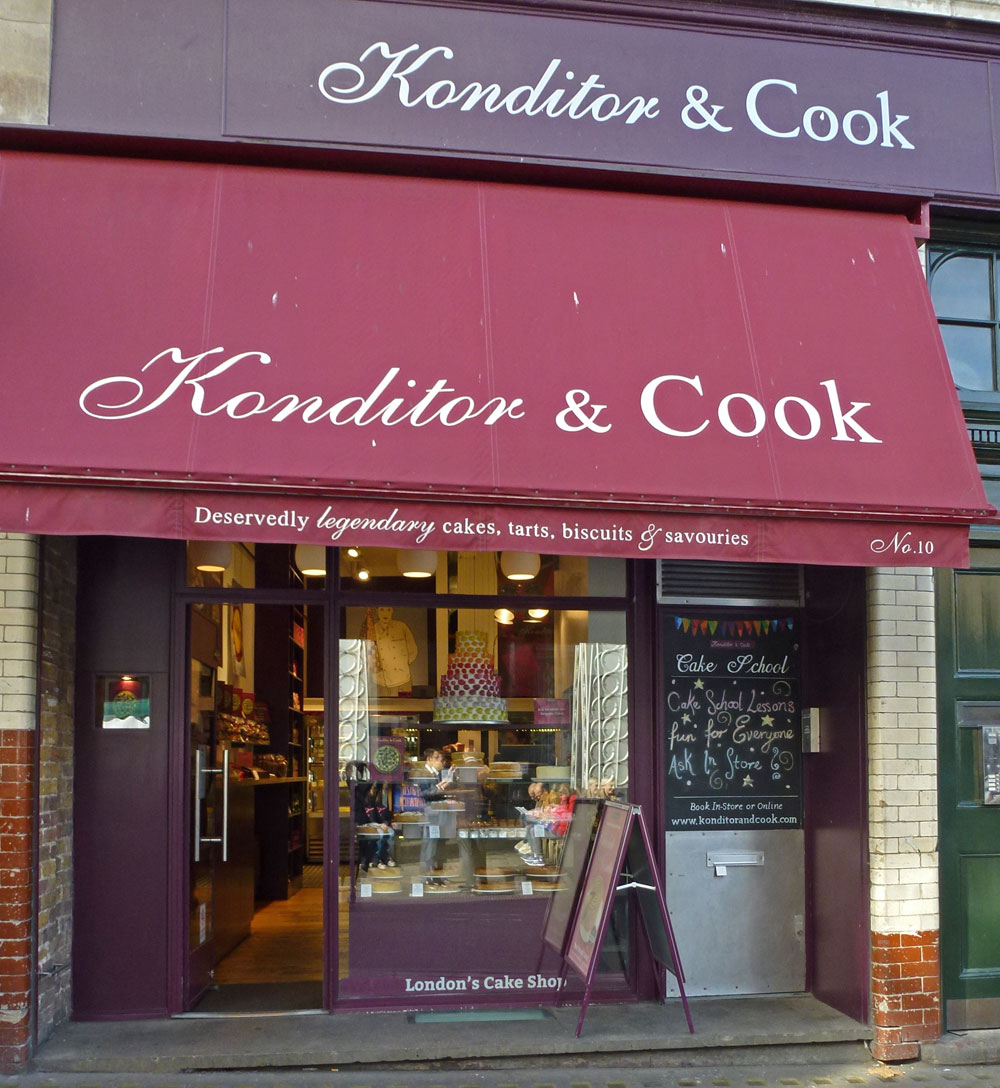 Here is a brain meringue which I didn’t try: 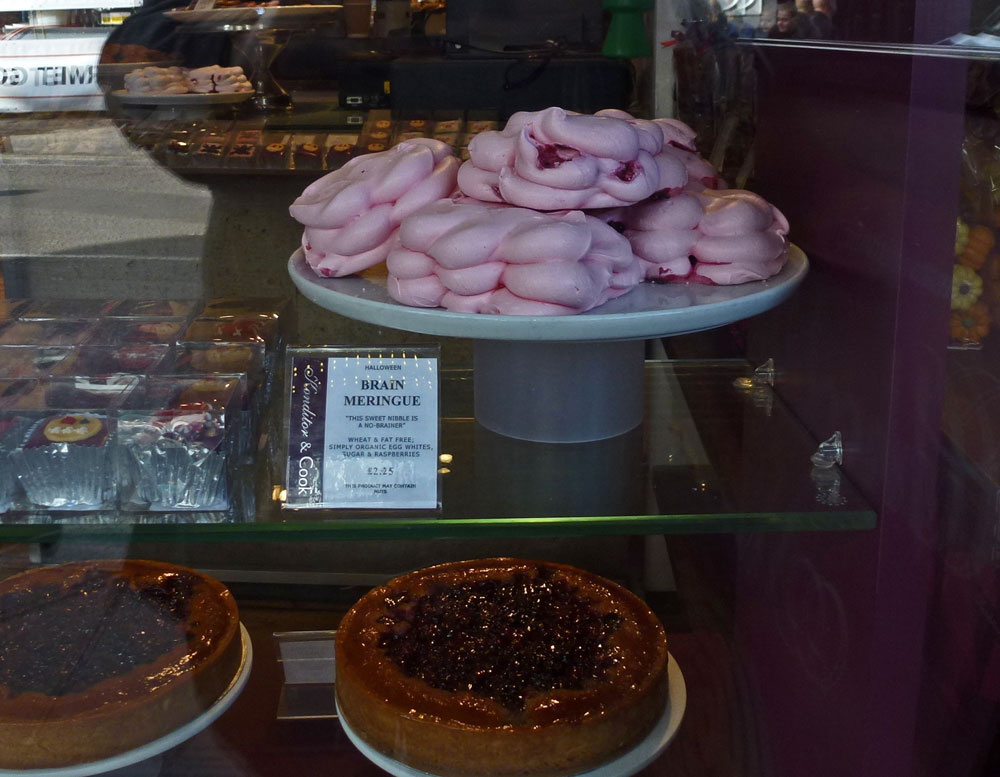 The best-looking thing in the window was a home-made Victoria sponge. The Spectator writes:

Konditor and Cook (Ebury, £20, Spectator Bookshop, £18) is the book of an Anglo-German cake shop, which, given the excellence of German cakes, is oddly rare on the scene here. Gerhard Jenne is notable for his quirky decorations and humorous take on fondant fancies and you get a fair share of jolly stuff here, but there are also things like plum streusel in the German fashion. It’s all delicious, but I should warn you that some of the cake bases are quite dense, the cooking times aren’t always geared to domestic ovens and there’s a variation on a Victoria sponge (extra egg yolk, added crème fraiche) which comes squarely into the category of gilded lilies.

Down here in London we pay the same for salted and unsalted butter, but perhaps it’s different when you’re bulk-buying. There’s plenty of marzipan with 30% almonds in Germany. In fact I seem to recall that 54% is the best I could get. It actually says here that Lübecker Marzipan by Niederegger has 70% Marzipanrohmasse, but then the Rohmasse already contains sugar, so that doesn’t mean 30% almonds, does it? And Falko should be capable of asking for plain flour rather than self-raising.

For a 37-year-old, Falko is curiously old-fashioned in his instincts. He is both passionate and inspiring in his belief that time-honoured, labour-intensive, artisan skills can never be replaced by machines. He elevates taste over aesthetics. ‘I want to eat cakes, not look at them,’ he says. ‘A cake should not look like an overdecorated Christmas tree.’

His style is all about restrained amounts of sugar and subtle flavours. He will have no truck with the technological armoury used by most modern bakers, refusing, for example, to use a proving machine to speed up the making of his breads and insisting that all sponges are raised by hand in the orthodox German manner by beating air into the eggs, not with the addition of raising agents.