Here are some photos of ravens at the Tower of London, taken in June. They would rather be frightened off a mountain by Trevor, I’m sure. You’re not supposed to feed them, but they don’t know that.
That’s a juvenile starling in the top picture.
They are called an unkindness of ravens (as opposed to a murder of crows), as we learnt at junior school.

LATER NOTE: In the comments, Abnu informs me of a post on the subject of collective nouns with further links. 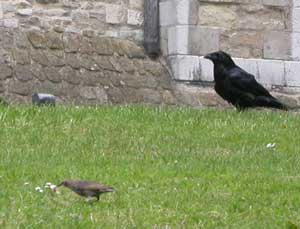 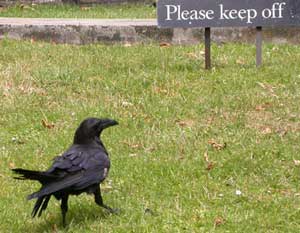 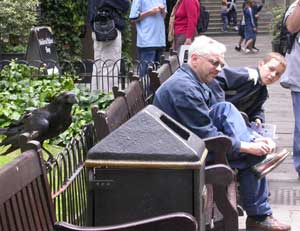 3 thoughts on “Ravens at the Tower of London”