Does anyone know what this building with the golden pustule on top is going to be? It is going up next to the Arena in Munich, so I presume it has something to do with the World Cup (Fußball WM 2006 – there, I said it, now at least a German court has permitted it.): 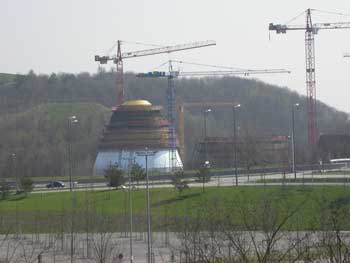 LATER NOTE: I know a commenter has already told me what this is, but I haven’t added that here. Now (April 2009), I gather it is a Faulturm (digester tower or digestion tower). Here’s one in Fürth.

Meanwhile, something else to do with the World Cup: 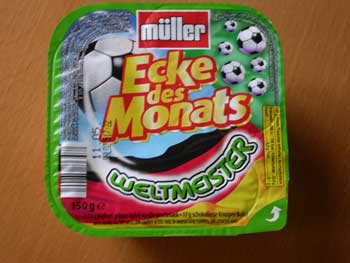 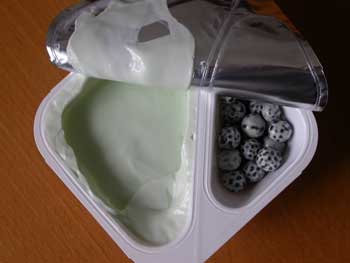 This will be recognized in Britain as a Müller corner, although I don’t know if they have a Corner of the Month there.