The Times online (via Boing Boing) reports that it may be possible to trace the person who leaked the Harry Potter book in photos on the Web yesterday (the publisher, Bloomsbury, won’t confirm that this was genuine, presumably as a damage limitation exercise). The serial number of the camera is part of the EXIF data, and if the camera, an early Digital Rebel, has been repaired or registered, the number will be linked to a name.

However, there would probably be no criminal charges, as there was no commercial gain. Civil damages would be based on the loss in book sales.

If traced, the person who photographed the Harry Potter novel could be found guilty of copyright infringement, but would be unlikely to face criminal charges as the photos appear not to have been published for commercial gain, lawyers said.
“There are criminal provisions in copyright legislation, but they tend to be used in cases of obvious counterfeiting – such as selling fake computer games or DVDs in a car boot sale,” Mark Owen, an intellectual property partner at the London firm Harbottle & Lewis, said. “If Bloomsbury were to pursue an action, it would more likely be a civil case, in which case any damages would be assessed according to the loss in book sales.”

Some EXIF data (bottom left) from a Sony DSC-H5 (click to enlarge). 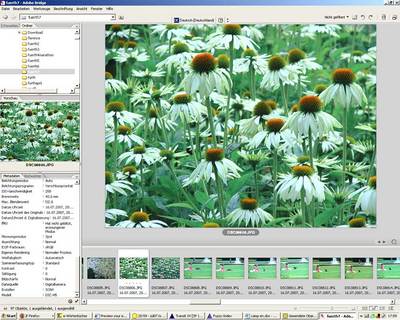