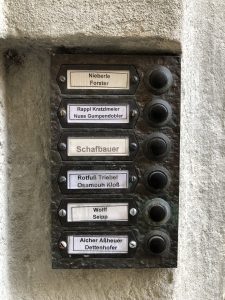 It has been a while since I posted a  doorbell photo, but this is a topical subject. There‘s a rumour in Germany that the GDPR (German DSGVO) prohibits revealing people‘s names on their doorbells. 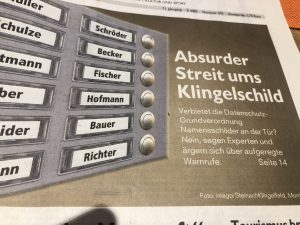 In fact there has been a case in Vienna  where a property management company has been advised by a city data privacy agency and intends to replace the names by numbers on 220,000 apartments.

4 thoughts on “GDPR: must I remove names from the doorbell?”