Stuart Mudie asks in a comment to the last entry whether I’m trying to compete with Andrew Losowsky. Well, I had not seen his doorbell pictures although I had heard of Barçablog.

Anyway, I can’t say at the moment when I took my first doorbell photo, but it was before the first posted here on September 16th 2003. And I see that was about the time Andrew started noticing the Florence doorbells. On September 21 2004 he writes:

Nearly a year ago, I was wondering around Florence and found myself unnecessarily fascinated by a single aspect of that Renaissance city of incredible art and breathtaking architecture: the doorbells.

He adds a short fiction to each picture now (here’s an example – being a literal sort of person, I was disappointed by a fiction).

I am not trying to say Look I was first! I just don’t want people thinking I got the idea from a famous and trendy blogger. 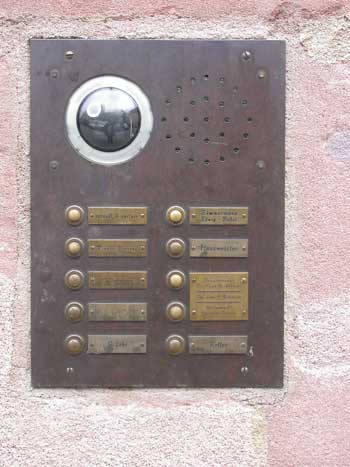 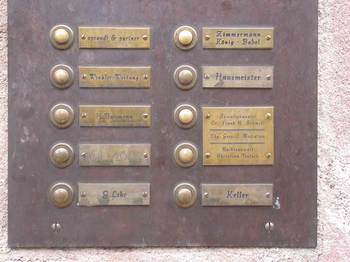 2 thoughts on “Doorbells and weblogs”