Fair Trials (via Prisoners Abroad) tells you what’s what if you’re imprisoned in Austria, but it doesn’t tell you you might find yourself acting as an interpreter for other speakers of your language.

An article in Heute, Justiz setzt Häftlinge im Häf’n als Dolmetscher ein, gives examples from a prison in Styria – the photo shows the prison governor. One of the interpreters is a member of the Pink Panther jewel thieves gang.

The German Law Archive at Oxford University has moved to a new site, which was launched on August 6 2015. I was forwarded to it for a specific statute from the Centre for German Legal Information.

After a period in which we had allowed both content and design to collect dust, we are pleased to welcome our users to our new design, launched on 6 August 2015. We hope you will find it more user friendly. We will now work on an update of content. Feedback to the editors (see below) is welcome!

The site is still run by Gerhard Dannemann, now with Christoph König as assistant editor. 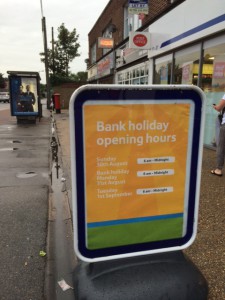 The Trademark and Copyright Law Blog has – or had a few weeks ago – a post on all the court cases relating to Harry Potter – Harry Potter Lawsuits and Where to Find Them, for example:

Smith v. Rowling. In 2010, Elijah Smith brought a pro se claim against Rowling in the Eastern District of California. The allegation was simple: “I’m the author who write Harry Potter. . .” As to the relief sought, Mr. Smith stated:

Mr. Smith’s complaint was dismissed shortly after it was brought, and his request to proceed in forma pauperis was denied. Mr. Smith, who at the time the complaint was filed resided in a California state prison, has brought similar claims against Michael Jackson, Lil Wayne, Snoop Dog and Sam Cooke.

(via Law and Magic Blog)

And Mark Liberman at Language Log links to an article on a court being invited to consider corpus linguistics in deciding the meaning of a term (to discharge a weapon), although perhaps the right judge did not win the argument: “Linguists have a name for this kind of analysis” . The linked article is by Gordon Smith in the Conglomerate: Corpus Linguistics in the Courts (Again). 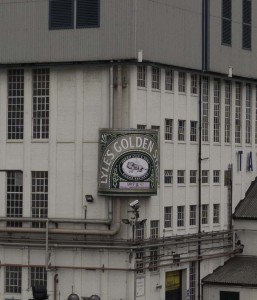 LATER NOTE: There is a better photograph here – black and white, and the photographer must have gone round the back. I’ll have to work on it!

Andreas Jede is a German lawyer (Rechtsanwalt) who has a blog on German weapons law: Deutsches Waffenrecht (found via Jurablogs). His latest post is about an American who brought a catapult (US slingshot, German Zwille) as a present for his nephews in Berlin and was fined 900 euros plus costs. The catapult was only a little thing, but banned; he could have got away with a crossbow (then could have used it to shoot lions too).

One interesting thing is that a certified translation of the Strafbefehl is shown on the site.

I have recorded Strafbefehl as order of summary punishment – it’s called ‘penal order’ in this translation – and have often done certified translations of them for the German courts. It’s a bit like a parking ticket: for a minor offence, you are sent this document which convicts you provided you accept the conviction and pay a fine, or allows you to appeal and in this way start court proceedings.

About certified translations for the German courts, I intend to write a separate post when I get round to it. You can see here that at the beginning it says ‘Certified translation from the German language’ followed by a line. At the end comes the translator’s certification – I would have put a line and certified under the line, but in this case the translator didn’t want to use a third page and has put the certification in italics. The translator’s stamp and signature have been omitted for reasons of privacy.

It’s a good translation. I do have a grammatical quibble with ‘thirty daily rates’ – I would say ‘thirty daily units’. The German term Tagessatz, by the way, is not an instalment – it’s an amount regarded by the court as appropriate for the financial circumstances of the payer. To my mind, ‘rate’ in this sense is uncountable, and there was a time when weekly ‘units’ were introduced in England, but I think the tabloid press killed them – when people heard how much rich people were paying per week for trivial offences, they were shocked.

Anyway, back to the offence:

There’s something wonderfully German about the calculations that must be made by an expert witness to determine if the catapult breaches the law: