The Pencil Talk blog has a new post on notarial string. I wrote about this in December 2004! (Links are unlikely to work now). Which reminds me that this blog is coming up for a birthday in April, if it survives that long.

Pencil Talk has some great photos of notarial string and seals. As it says, each German Land has a different-coloured string, and there is a federal one too. Useful links there, for instance to a list of all colours of string.

Here is a picture of what I found – some green English ribbon and some Federal German notarial string. 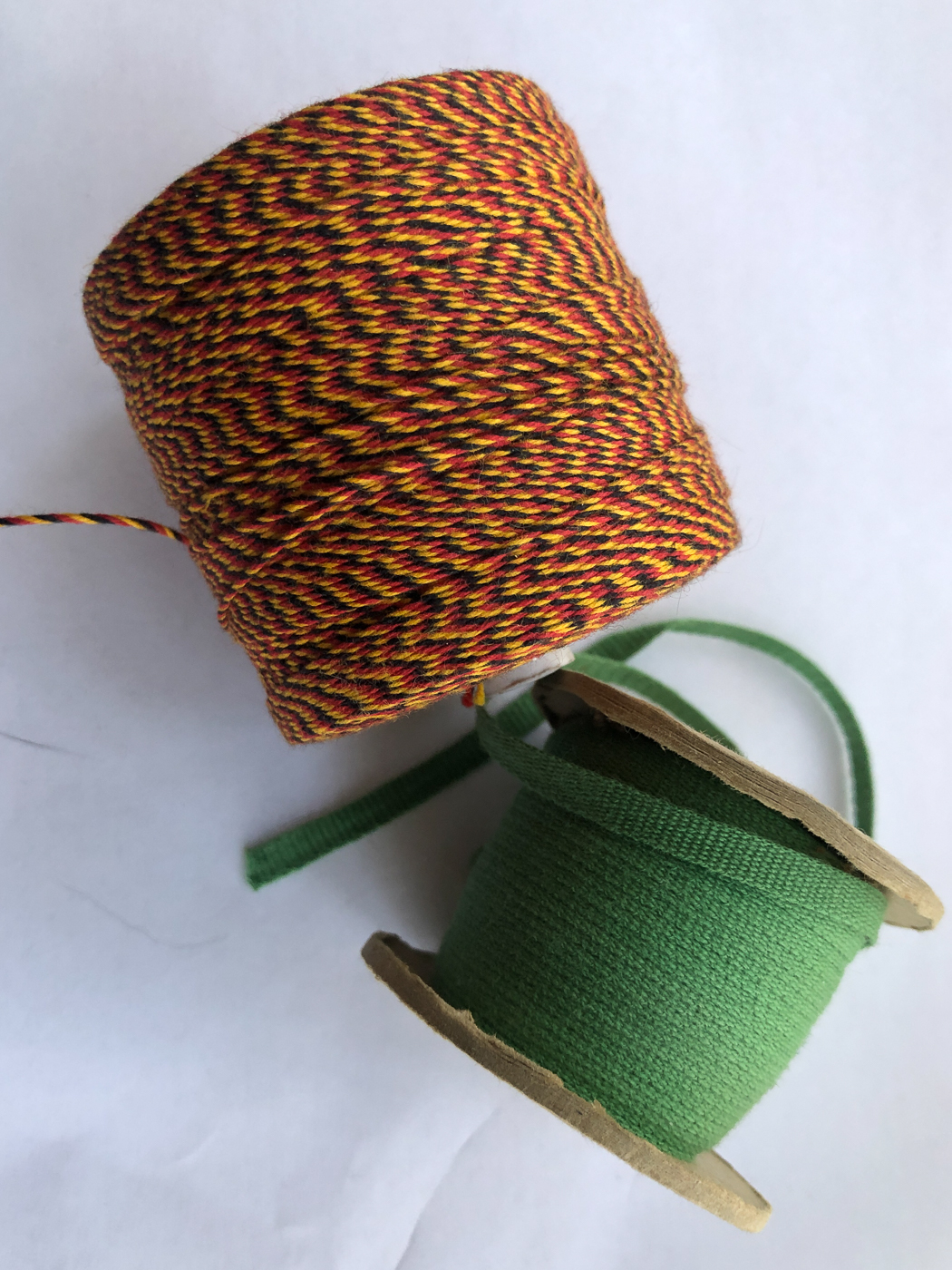 There’s a link to an article on treasury tags in the Bleistift blog.

I think English notaries public use ribbon, as barristers do. The ribbon may be green, and for barristers pink, but it’s entered the language as ‘red tape’.

Translators in Germany sometimes use notarial string, but then they argue about whether they are allowed to or not.

Edited to add a picture of a bodger lookalike.

What I knew as a bodger, which punches a single hole in the corner of a bundle of papers, ready to take the treasury tag, did not have a hole for thread.

It’s been pointed out to me in a comment on the Bleistift blog that bodger may be called awl or pricker. Awl seems to be right. Here’s one of many.