Parties to civil proceedings in England:
Up to 1999: plaintiff and defendant
(divorce: petitioner and respondent)
A claimant included a person claiming some benefit, for instance unemployment benefit.

From 1999 (Civil Procedure Rules)
claimant and defendant
(divorce: petitioner and respondent)
A claimant for unemployment benefit etc. (as before)

In Scotland: pursuer and defender
(divorce: petitioner and respondent)
Benefit claimant as above

Most English websites mention ‘claimant (plaintiff)’ – after all, it’s only been seven years since the change. A Google search for claimant -plaintiff site:uk produces mainly references to benefit claimants.

Here’s an exception: the claimant user guide of Her Majesty’s Courts Service.

I have previously linked to Michael Quinion on this subject. He writes of legal Latin being ‘swept away’, which seems a bit sweeping, so to speak.

I mention this because I don’t often use the word claimant to translate Kläger(in). My translations don’t just go to England, either. Do people who translate for England and the rest of the UK use claimant? Do translators for the EU and the European Court of Justice? I think maybe only sometimes. And I remember in 2000 or 2001 asking a British publisher client whether I was now to use claimant, and getting the answer ‘When it’s appropriate’, which suggested to me that the problem hadn’t even filtered through.

Professor Heikki E.S. Mattila of the University of Lapland has published a book on comparative legal linguistics that looks interesting and expensive. The amazon.com page lets you look inside and see the full table of contents and an extract. The publisher’s page is fairly long too, so I’ll quote from that here:

(Via DORES, which has a new set of references out on publications on language and law)

I didn’t think I’d have occasion to mention law cases relating to antipodean underwear twice in one month, but here is the first and here the second:

The New South Wales Supreme Court, in Sydney, was told that Dame Kiri Te Kanawa, the operatic soprano, pulled out of a series of concerts with John Farnham, the Dagenham-born crooner, after she watched him being bombarded with intimate items of clothing at one of his shows.

The Wall Street Journal law blog reported recently of a case where a student sued the University of Michigan Law School, alleging that its grading system discriminated against people with poor typing skills.

The plaintiffs, acting per se, claim that in certain exams it was widely known that a large amount had to be written in a short time, and allowance was not made for some students not being able to touch type.
Michigan Law School informed the WSJ blog that students can choose whether to write by hand or type.

(Via The Water Cooler at timesonline)

I mentioned Ken Adams’ book ‘A Manual of Style for Contract Drafting’ and an article by him on translating English language contracts in 2004.

Ken has a website which includes a blog and a list of articles with links to them. His latest blog entry introduces a New Law Review article by himself and Alan S. Kaye on the ambiguity of ‘and’ and ‘or’, one of those things that confuses us translators not only when we’re thinking about beziehungsweise.

Note also interesting discussions in the comments on blog entries.

The German Times is the name of a newspaper launched on January 19th in Berlin:

“We want to accompany Europe’s coalescence, in that we are creating a medium from Germany for all of Europe,” says Editor in Chief Bruno Waltert.
Its circulation is 50,000 and it will be distributed to all 7265 members of the parliaments of the EUs 27 States, as well as national governments, members of the European Parliament, the EU Commission, and Europes prominent businessmen.

It has an English-language editor. And an ‘imprint’.

A translator was wondering recently how to translate the word nugatory into German. A judge had used it, saying that it didn’t really matter whether a decision was made on appeal or not, since there would be no money to be got – the decision would be nugatory.

It’s typical of judges in English and in German to use this kind of word. I wonder if it’s used at all outside legal language. I decided to search at Bailii – the new judgments rather than the old ones. Some examples:

THE USE OF THE COMPLAINTS PROCEDURE UNDER ARTICLE 90 OF THE STAFF REGULATIONS IS NUGATORY WHERE A DECISION IS MADE BY A BODY SUCH AS A SELECTION BOARD FOR A COMPETITION , WHICH ADJUDICATES IN COMPLETE INDEPENDENCE AND WHOSE DECISIONS CANNOT BE AMENDED BY THE APPOINTING AUTHORITY . (ECJ 1981)

The second main ground for the application is that if matters are allowed to proceed next week then the appeal will be rendered nugatory. (Court of Appeal, 1996)

In such situations as Vafi, where a change in circumstance would render the substantive hearing nugatory, requiring the matter to go to substantive hearing before having the proceedings struck out would result in the parties incurring unnecessary additional costs. (Irish Law Reform Commission, 2003)

In our view, the Sheriff misdirected himself by not expressly taking all these matters into account when exercising his judgment as to whether or not the mere appearance of “bias” on his part was sufficient to render the first four days of the proof entirely nugatory and to necessitate a fresh start. (Court of Session, Scotland, 1998)

Here it seems quite often to relate to appeals. I also find legal dictionaries defining it as meaning ‘being without operative legal effect (held that such an interpretation would render the statute nugatory)’ (Merriam Webster). Things are often rendered nugatory. (‘He misdirected himself’ is another nice legal expression).

Muret-Sanders says ‘besonders juristisch: unwirksam, nichtig’. This won’t work for the appeal, though. I once found unbeachtlich being used in this way, but that won’t always work either.

Heinz Kissinger was born at no. 23, Mathildenstraße. 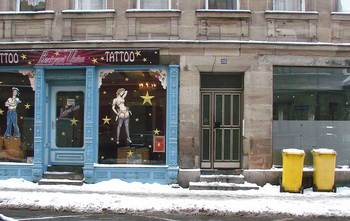 It would be tempting to sneak a suitably designed plaque in there.

An interview with Marc Prior, who has been advocating the use of Linux for translators for as long as I’ve known him, cam be found at Open Source Update. He answers questions on how he got started with Linux, what his current working environment is, some of his favourite Linux programs, and more.

LATER NOTE: I see Linux is featured in Dilbert today. 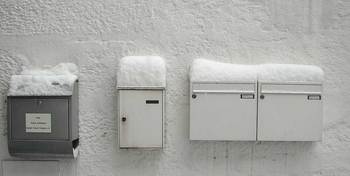