The Daily Mail reports that a Court of Appeal judge charged with flashing on a train is being allowed to continue work:

Lord Justice Richards is reviewing failed immigration and asylum applications as he awaits trial over claims he twice exposed himself to a woman on a train.

Quite right too, particularly in view of his salary. He may very well not be guilty, anyway.

He stressed his work was purely a ‘desk-top exercise’.

As long as he’s sitting down, then.
The article has a good picture of a full-bottomed wig (Allongeperücke). These are only worn on ceremonial occasions, not in normal court proceedings. ‘Lord Justice’ is the title of a judge in the Court of Appeal and doesn’t imply he’s a lord, by the way.

The monthly collection of articles at LLRX.com includes an updated version of European Union Law: An Integrated Guide to Electronic and Print Research, by Marylin J. Raisch. This is a good introduction, starting from basics. I think the last time they published it, the EU changed all its electronic addresses on the same day!

Another new (to me) language weblog is by Peter Harvey in Barcelona. Most of his site is related to his Guide to English Language Usage, but the blog (on Typepad) is wider-ranging.

The BBC says:
Serbia jails ‘filmed executors’
Serbia’s war crimes court has convicted four Serb paramilitaries who were apparently filmed as they shot dead six captured young Bosnian Muslims.
Speaking as an executor myself, I rather hope that they mean ‘executioners’.

(Thanks to Dances with Goats)

According to The Register, a British coach driver set fire to Germans’ towels on the Italian Riviera in order to make sun loungers available to British holidaymakers:

Glyn Bowden, 55, was driver for 55 South Wales tourists at at Viana Marina near San Remo. He yesterday recounted how the Germans “put their towels on the best sunbeds on the private beach and by a nearby pool”, much to the chagrin of the British party, The Daily Mail reports.

The situation escalated and Bowden set fire to the towels. He was arrested and about to be charged for criminal damage, but he was released after two hours at the request of the hotel, which owned the towels.

Here’s the original Daily Mail report. I tend to agree with the first three comments there: the Germans get up very early, and that’s why they are seen to do this – something other nations do too. And there’s nothing to stop you removing a towel and releasing the sun bed. (See earlier entry on Ralf Höcker’s book)

But the tabloid papers love to fan the flames of this one.

On the other hand, when I go to the local sauna, there is a women’s room with about 30 loungers. The last time I went, six people were lying there and all the other loungers had towels on them. Of course, they didn’t know I am British.

Medien, Internet und Recht reports on a case before the Hanseatisches Oberlandesgericht (Hamburg Higher Regional Court – scroll down to download the full judgment as a PDF file) where someone had applied for an interim injunction and then withdrew the application and immediately made it at another court. This, it held, might be an abusive form of “forum shopping”, using the English term. It might refute the presumption of urgency. In other cases, forum shopping is permissible.

One would have expected des missbräuchlichen Forum-Shopping instead of missbräuchlichen “forum-shoppings”. Apparently these people can’t even get their Denglish right. Actually, it comes up four times in the genitive, twice with the S and twice without.

MIR explains in a footnote: 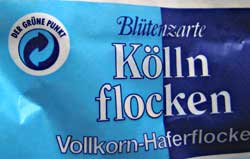 Via a comment on Trevor’s site, I found another translator’s weblog, and thence others.

Language Realm blog by Roger Chriss – I had just removed his Language Realm from my list as a dead link, but didn’t know about the blog.

There’s something about translation… by a translator in London who has mysteriously taken the Naked Translator name and who attended the ITI conference in April too, but I didn’t see anyone naked there. At all events she described the corpora session for me.

For some years I’ve been using TimeSlice to record how much time I spend on various jobs. I just switch it on and it records till I stop it. It will calculate charges, but since I rarely charge by time that is usually of no interest. What I do is to charge by quantity but use the time tracker program to check how much I earn per hour on various types of translation.

mite is a free-of-charge German-language online time tracker. I like its simplicity (I’ve tried it for a few days). I don’t like the fact that it’s online and that it is integrated in a web browser, because I wonder what happens if the browser crashes. Everything else about it I like for the simplicity of using it (once you’ve worked it out) and creating reports.

Christopher Newton, aged 37 and weighing about 120 kg (265 pounds) could not be executed for 2 hours because it was so difficult to find a vein in his arm. This is one of the objections to the death penalty: the impossibility of guaranteeing it can be administered humanely. The Chillicothe Gazette reports:

Newton weighed at least 265 pounds, and prison medical staff struggled to find veins on each arm. The execution team stuck him at least 10 times with needles to get in place the shunts where the needles are injected.
He continued to talk, smile and laugh with the prison staff; sometimes his belly would jiggle. At one point, he was given a bathroom break.
When he eventally was moved from his holding cell and strapped to a table in the death chamber, he made this short statement: Yes, boy, I could sure go for some beef stew and a chicken bone. Thats it.

This was therefore a delay before he left the holding cell. Ohio Death Penalty Information here.

Newton’s last words were an apology to the family of a fellow-prisoner he strangled while they were playing chess.

In an interview with reporters last month, Newton said he killed Brewer because he repeatedly gave up while they were playing chess.
“Every time I put him in check, he’d give up and want to start a new game,” Newton said. “And I tried to tell him you never give up … I just got tired of it.”

I have had that problem before operations myself. Must be careful.