Simon Singh has been hampered by English libel law and requests signatures for his petition.

This doesn’t just affect people in the UK, as England is becoming a libel tourist destination.

In 2008, Singh was sued for libel by the British Chiropractic Association for criticising their activities in a column in The Guardian.[1] A backlash to the ongoing lawsuit has resulted in the filing of formal complaints of false advertising against more than 500 individual chiropractors within one 24 hour period, one national chiropractic organization ordering its members to take down their websites,[2] and Nature Medicine noting that the case has gathered wide support for Singh, as well as prompting calls for the reform of English libel laws.[3]

Ernst and Singh’s Trick or Treatment is a guide to research on alternative treatments – a good read – I keep it at hand. Here is a list of the translations into other languages.

It looks as if the city council wants to counter the impression that nobody ought to sit down in the pedestrian precinct.

Or was this the plan all along? (The ‘water’ beneath is solid ice). 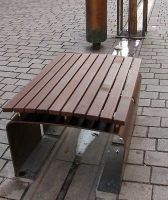 This is over a year old – pre-Obama – but somehow I missed it till now:

Dear Thoxan, I would like to express an interest in working for you as your German>English translation agency. I am a lifelong speaker of American English, but have also done extensive translation work into British English. I was an honor student in college and have a Bachelor’s Degree and a Master’s Degree in German. I also spent a year in college as an exchange student in Giessen, Germany.

This unsolicited advertising email was sent twice, and the sender became abusive after a response to the second sending.

And as for rigour, well I am no urologist, but I do doubt whether researchers really found that the “average diameter of the fully erect penis was approximately 121mm”. That is nearly five inches or about the same size, in cross section, as a compact disc. A simple mistake, I’m sure, substituting diameter for circumference, but such things ought to matter in this book.

Earlier in the review:

And yet, even when one has finished the task of absolving him and his translator from their many sins of style and punctuation, Van Driel’s book remains, by any normal measure, a botched job.

Yet no other example of translator’s errors are given, and the punctuation may be down to the editor. At amazon.co.uk you can look inside the book and see if it reads badly. It reads well to me. The translator, Paul Vincent, has a good reputation in the ITI. I wonder if the reviewer is getting carried away.

The German Book Office New York issues lists of German non-fiction books whose rights can be bought for translation into English (it has fiction lists too). Here’s a link to Spring 2009 (PDF).

The Folks in Germany in the Empire and the Weimar Republic.
Folk groups, which had an ideology that was based on racist nationalist…Stefan Breuer, expert in the area of radical flows of the 19th and 20th century…

I also had my doubts about the Children’s Oddesy – on the run from the Third Reich in the promised land (by Jutta Vogel).

Mind you, this is a context where perfect translation doesn’t matter too much. 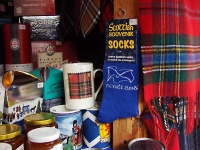 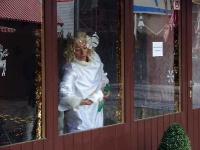 A shock in the crib: 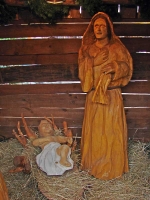 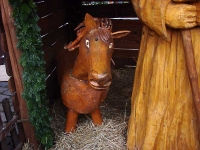 Outside the market (I can’t believe Dürer could bake Stollen): 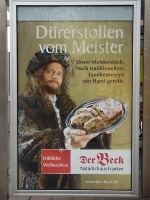 In her weblog, Frances Crook, Director of the Howard League for Penal Reform, reports on visits to prisons (Tegel and Neustrelitz) and compares them with the equivalent in the UK (A note from a visit to German prisons).

There are 160 staff who include officers who run the programmes, apprenticeships, farm with pigs, do training (they take dogs from a local rescue and train them), and they offer real qualifications.

Young people undergo a “diagnostic test” on reception and a sentence plan is devised to address their “deficits”.

All well and good, and the most noticeable thing was how physically fit and articulate the young people were. They were all tall, looked as though they got decent food and exercise, and engaged in conversation with us, even trying out school English. Such a contrast to some of the poor little things I have seen in English, and Scottish, prisons. Generations of poverty in the UK have taken their toll and I am not sure things have improved much since Lord Kitchener complained about the health of his conscripts a century ago.

On the whole, she was impressed, but she was shocked by the Fixierung (Fesselung) at Neustrelitz. 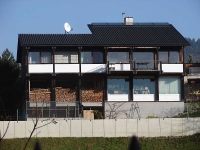