Markus Trapp introduces a video clip (in German) from a German breakfast TV show, in which children interview German politicians on their computer use, and the politicians are not very well informed.

Since I have been too busy to post, and everyone else in Fürth is doing HDR pictures, here’s a picture of the flowers I was given near Staffelstein: 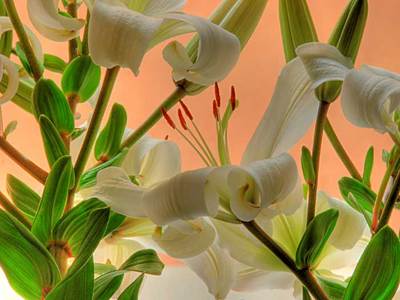 The leaves came out very well. The subtle apricot background is a darker orange wall, the windowless side wall of a back building. 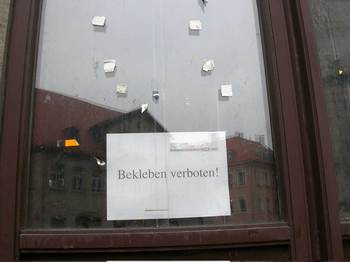 The TLS – unfortunately only the print edition – is soliciting Poems for Tony. It tantalizes with snippets from a poem by Penelope Shuttleworth entitled ‘On the Silence of Tony Blair, Following the Execution of Saddam Hussein’, which ends with words given to Blair, ‘I’ll just say, as one power-star to another, / Farewell and Hail, / I just know we shall see your like again’. The whole thing is apparently in the spring edition of The Rialto.

The TLS also recommends She Literally Exploded: The “Daily Telegraph” Infuriating Phrasebook, by Christopher Howse and Richard Preston. To quote the publisher’s blurb on amazon.co.uk:

I’ll let you go now – But you’ll buttonhole me later.
Inappropriate – Used by officials who want to blame people for behaviour that is not illegal or forbidden. The patient used an inappropriate tone when raising issues around ward cleanliness.
Jus – gravy.
Pan-fried – instead of being fried in an old dustbin-lid.
Serving suggestion – On the label of a prepared meal, a warning that the plate, tablecloth, and accompanying boar’s head shown in the picture are not included in the small plastic container. 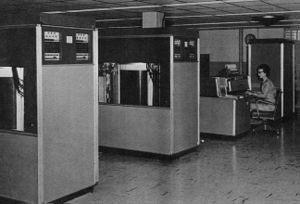 What other blogs are saying:

1. srah of srah blah blah introduces the fifth Language Week, which is a week when some people blog in languages they don’t usually blog in (in my case this would be any language other than English or German).

2. Mark Liberman at Language Log, taken up by Steve at languagehat, has been discussing the Arabic proficiency of U.S. Foreign Service officials. He quotes Passport Blog:

A 3/3 level of proficiency is virtually useless for conducting serious business in Arabic. The use of the word “fluency” here is deeply misleading: Someone with a 3/3 would not be able, for instance, to do simultaneous translation of a meeting, and would struggle to translate complicated documents. Anything technical, legal, or politically sensitive would not be something you’d want a 3/3 to handle. For that, you’d need someone closer to a 5 or better yet, a native speaker with a large vocabulary and superior writing skills in two languages. Such people are rare, because the amount of investment and time it takes to reach such rarified heights is more lucratively deployed elsewhere.

In the languagehat comments, bulbul (scroll down for nice photos of bulbuls) points out that translation and interpreting are skills that don’t automatically follow from proficiency, of whatever level:

That Passport blog Mark Liberman links to is a fine example of popular misconceptions concerning translation and interpreting. Not everyone who is fluent is capable of translating and very few people are capable of interpreting. Both of those skills take training and practice.

Quite right. Of course in difficult situations anyone who speaks two languages will be called in, but that can mean disaster on all levels.

Routinemäßig haben die Journalisten gelogen und von EU-Richtlinien und EU-Recht geschrieben, wo es um die EG ging. Vorbei! »The Union shall be founded on the present Treaty and on the Treaty on the Functioning of the European Union. It shall replace and succeed the European Community.«

The problem is now about to go. I think it’s worse than pedantic to ban talking about EU law: even now, not all law comes from the one pillar. And there are many books on ‘EU law’. But if the EU has legal personality, the problem will go away.

4. www.blogwatch.eu introduces European blogs it likes. Some are in English (or even ‘English’ – although look-s is mainly about pictures and is introduced in German) and some in German. Larko’s real name is revealed as Markus Larkovirta.

I don’t know if Barristers Bürovorsteher is a good translation of a barrister’s clerk. John Flood (whose downloadable book on the subject I mentioned earlier), which he is following up with an updated study, mentions them in his blog twice this week, here and here. I liked the description of the clerk as the person who guards the priesthood.

It was only recently that I noticed the pictures of Pekingese on John’s site. Pekingese are much underestimated. There is one that lives in a tiny pub round the corner here, named after him, and is very much in charge of the neighbourhood. 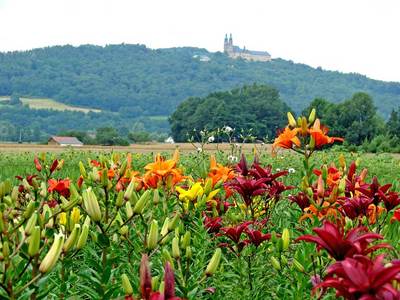 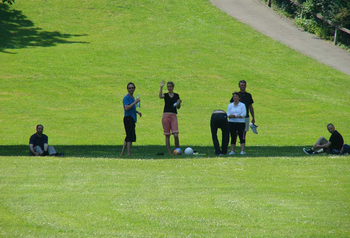 Helen Pidd writes in The Guardian on the interesting subject of what the Chinese, Indians and Italians regard as exotic food. I was interested in the sticky dried Xinjiang fruitcake sold in Peking. Googling took me to the horse’s mouth, the eGullet Forums:

Jun 14 2007, 03:35 AM
Hi everyone
Helen Pidd here. I’m a journalist with the Guardian in London (www.guardian.co.uk). I’m writing a feature about what “foreign” foods are most popular in various countries in the world (eg in Britain we eat Indian, in India they eat Chinese, in Russia they eat Georgian…) and wondered whether anyone in China would be able to help me.
I’m just looking for a China-based, and ideally Chinese, foodie to talk to me about what sort of food Chinese people eat when they go out. Obviously it’s a huge country and tastes will vary, but I’m interested to hear anything you have to offer.
My deadline is the end of Friday 14th June, so any responses very welcome before then.

You can read all the answers she got here, not just the ones quoted (and attributed) in the Guardian article. Her query on Indian food was less successful – no replies.

It looks as if Helen Pridd’s deadlines are even tighter than mine. Still, I was one of the people who missed the episode of Goodness Gracious Me where Indians ‘go for an English’:

A group of drunk Indians decide to go for an “English” at the end of an evening’s drinking in Mumbai. One demands “the blandest thing on the menu”, the women cluck over the waiter’s “lovely pasty skin” and the head of the table orders 24 plates of chips, ignoring well-meaning advice that “you might have ordered too much”.

I found more about the ‘fruit cake’ in a blog search. at Loaf of Bread Car by Eveline, who lives in Beijing:

Anyway there are always all these Uighers in front of the mosque, on flatbed tricycle thingys with a huge tray of this fruitcake stuff that they sell. The fruitcake is really good. It’s not cakey at all but someone called it fruitcake in a book I read so I’m sticking to that name. It’s like, a really densely pressed together concoction of sunflower seeds ‘n’ peanuts ‘n’ nuts ‘n’ dried fruit, held together with something sweet & sticky, maybe honey. & then they stud the whole shebang with rows of walnuts & some sort of red fruit, maybe haw berries (?), so it looks really pretty.