The account is usually linked to a place, as in I am Germany, but there is now a TranslationTalk account, and this week it has been curated by Paula Arturo, an Argentinian legal translator and lawyer – website translatinglawyers.com.

There are a couple of points raised by Paula this week that I would like to take up, and that will mean blog posts – I have written a couple of replies on Twitter, but I don’t feel they lead to a multi-person discussion and then they disappear into the ether.

I find it hard to follow long topics on Twitter because I don’t log in often enough to catch up with everyone I am following. Does anyone? So even if a tweet is presented as a thread, it still alternates with non-threads where the curator has a sense of continuity but many readers may not. There is an archive of TranslationTalk tweets here. This is helpful but also illustrates how broken-up the tweets are.

Here’s a better summary than mine: Court Order to block access in Germany.

This case has been going on for a while and there will presumably be an appeal.

Incidentally, there is a German Projekt Gutenberg, run by Spiegel Online, which is not involved here and which I am sure complies with German copyright law.

At all events, the articles quoted give links to the original judgment and the English translation. I don’t think we often see such a good chance to comment on translating judgments (I’ve done much more translating of decisions than of contracts over the years) so in a separate post I will comment on the translation.

I use a Gmail address with my name, margaret dot marks, but not followed by the usual number like 261 or 53, because seemingly I am the first of the many Margaret Markses to get a Gmail address. And so I often receive email not meant for me. I usually get invited to some kind of children’s parties in the USA, but sometimes it is a report from Australia.

My latest one came from another MM but contained little information or evidence. It just said ‘Tom’s new clock’ with this image, which I’m fond of. I hope it doesn’t give too much away. 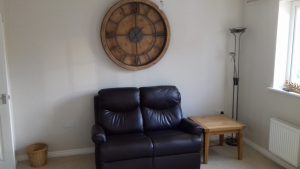 I’ve often posted about how to translate the word Impressum into English.

The allcodesarebeautiful weblog (in German) has done a poll of 77 people in 4 Facebook groups to see how they translate it: scroll down to see the table of results. 51% write imprint. Site notice looks confusing to me too.

Interesting interview (in German) with Katy Derbyshire on translating Clemens Meyer Im Stein (Bricks and Mortar) Ich würde mir wünschen, dass die Literatur die Welt verbessern kann. The novel is actually on my bookshelves but I haven’t started it yet. It’s about the development of prostitution in an East German town after reunification.

The author and translator are apparently giving a talk at Senate House on May 11, from which I discover that there is a

The GLGN is part of the think german initiative of regional networks spearheaded by the German Embassy.
The aim of the network is to fight the corner for all things German in the Greater London area by bringing together all those people in and around London who have an interest in the German language and related cultures and facilitating both real and virtual communication between them.

The Institute of Modern Languages Research is now in Senate House, as I realized recently when reading a history of German studies in London called Glanz und Abglanz.

Now when days get longer and the sun comes out again it’s time for the German Village Festival. Sit outside in our Garden and get the vipe together with friends or family and enjoy a bratwurst or maybe one of our 3 different special brewed Bavarian beers. In addition you can visit our FunTime area or get your self a Heidi wig in the special German souvenier house. In the evening you should join our party in the Bavarian FestTent – grap your Lederhosen or Dirndl and become part of the biggest party!

What Color is your C.F.R.? – PDF version free online – is a nice idea, alas very much a USA thing and not very full (yet) (via Open Law Lab, tweeted by Stéphane Cottin). C.F.R. is apparently the Code of Federal Regulations.

For something more British, The Judicial System of England and Wales: a visitor’s guide is another free downloadable PDF, published by the judiciary, probably of use not only to visitors. In particular, it has a great courts diagram. I especially like the photo on the title page: 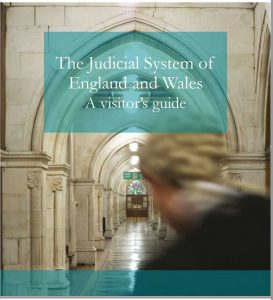 A hashtag invented by Sean Jones QC of 11 Kings Bench Walk is doing the rounds, according to Legal Cheek. Lawyers try their hand at law-themed poetry, with hilarious results – from the comments there:

The general idea is to take the beginning of a famous poem and then add the bathos of legal vocabulary.

I was much further out than you thought.
And not waiving but accepting the repudiation.
#barristerpoetry

My instructing solicitors
Have not provided me with
Those papers,
Your Honour. I cannot…
Oh.
Here they are
#barristerpoetry

The barrister bemoaned his witness as a silent interlocutor, the judge opined he could just rely on res ipsa locquitur #barristerpoetry
12:00 PM – 18 May 2016