Some time ago I was irritated, like many people, by the then minister of cultural affairs’ use of the word brain up. Scarcely twenty-four hours after I had posted about this, I had to eat my words (in German, one eats Hirn rather than Gehirn): sure enough, the term could be justified – although I still don’t like it.

Now Bremer Sprachblog reports that German papers are still complaining about it. My past record means I can’t be very smug about this.

Of course, these are the people who think we stole wishy-washy from them. 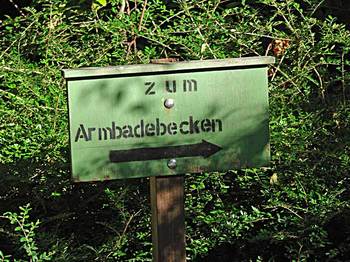 Just because you’ve got a stencil doesn’t mean you can ignore typographic spacing rules. 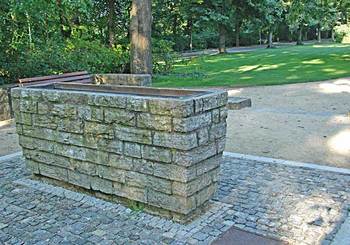 Register office is the official term, as I opined in a comment in an earlier entry. I don’t really have a problem with registry office, but some people clearly do – so watch out, translators into English!

John Bolch’s rant in Family Lore.
His smug post today on a petition that was rejected by the court, in part because it contained the term registry office.

Surely something like this must have happened in Germany too?

LATER NOTE: comments closed for the second time on August 3, after I deleted ten spam comments, each containing a different set of a few dozen URLs in China.

Comments can always be sent by email, or put on a newer entry with a request to me to move them.

The online Journal of Specialised Translation has appeared again, this time with an issue on revising.

Brian Mossop wrote a wonderful book on revising, which has just come out in its second edition. His article describes a number of empirical studies of revising techniques. Questions arise, such as how often revision simply makes a translation worse.

The introduction is in French and so are some of the articles, but they do have English abstracts. I’m looking forward to reading more. 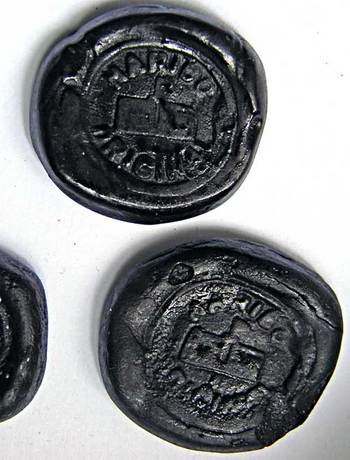 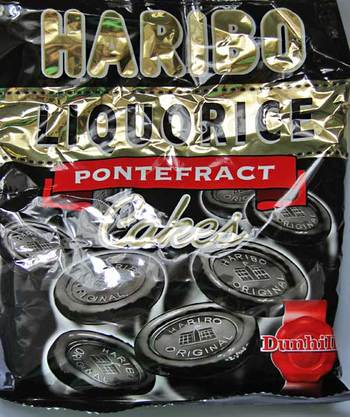 A WEALTHY businessman was “deluded and insane” when he turned his back on his family and left his £8 million fortune to the Conservative Party, a court heard yesterday.
Branislav Kostic removed his only son from his will after stating that Margaret Thatcher was “the greatest leader of the free world in history” and that she would save the world from the “satanic monsters and freaks” conspiring against him.

I don’t believe that Margaret Thatcher reduced the number of Satanic monsters in Britain. Still, at least the testator knew the Prime Minister’s name. One test of mental stability included a question as to the name of the current PM, and apparently in Thatcher’s day more people answered the question correctly than under anyone else.

I’m still working on these pictures of house martins. They don’t pose well. 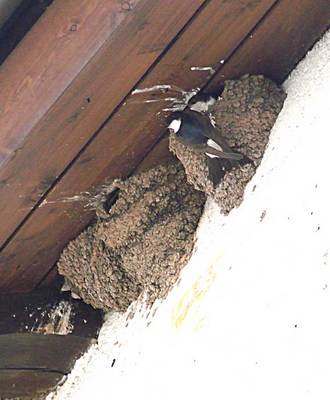 From Our Lips to Your Ears is a weblog about interpreting by Nataly Kelly in New Hampshire. She is collecting interpreters’ stories for a book project, whose site is here (‘Contact Us’ must be the royal we) and the main purpose of the blog is presumably to support the book, but she has other topics too.

Interpreters’ stories are often interesting, so let’s hope she gets some good ones. Others can be read online from the unfortunately infrequent blog the court interpreter.

Supernatural Law – among other things, a web comic.

The decomposing corpse of Mary Lou Henderson has returned from the dead to seek revenge on her husband, who was just acquitted of her murder. Talk about no justice! … Mary Lou has retained legal counsel to take revenge in court.

In May 1994 an ongoing comic book series was launched “Wolff and Byrd, Counselors of the Macabre”, under the imprint Exhibit A Press. The title was changed to Supernatural Law with issue #24, in part to avoid readers’ confusion over how to pronounce “macabre,” and to bring it in line with the planned title of a motion picture adaptation.