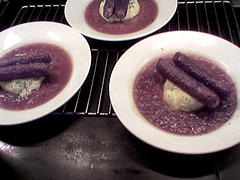 Lynne Truss’ publishers have now published Vivian Cook’s ‘Accomodating Brocolli in the Cemetary or why cant anybody spell?’ (I pasted that. I can’t be bothered to misspell). Amazon.co.uk already has a five-star review, containing the word ‘recieved’. I wonder if there are any spelling mistakes in the book? Spelling test available on author’s website, but it doesn’t tell you your score, although it’s a very easy test.

I tried to find if Mike Elton had been bribed to write this review. A Mike Elton also wrote in praise of Eats, Shoots and Leaves, including one punctuation error. And there is a list of favourites by ‘Mike Elton, 12 year old reading fanatic’.

Last Sunday was apparently the European Day of Languages, which has been taking place (in great secrecy) since 2001. I did mention it last year, but I decided it wasn’t really correct to publicize something that doesn’t publicize itself.

Today is St. Jerome’s Day, he being regarded by some as the patron saint of translators. I see Robin Stocks did the honours with a picture (fortunately not the same as the one I posted last year).

Now, however, I have received a email from a fellow-translator, who is unknown to me and shall be nameless:

bq. HAPPY TRANSLATOR’S DAY
To translate is to love languages,
to love communication,
and to help the world communicate.

bq. Receive my best wishes on this special day.

This is followed by six lines of address, phone, fax and website details. I suppose if this were sent to clients they would be totally mystified.

I’m not sure if there are St. Jerome’s Day events going on. I looked at the BDÜ list of events, and there was nothing. And all the events were followed by a link for more details – the top screen didn’t show the locations, though, and I couldn’t be bothered to click on all the links to see if there’s anything coming up in an interesting place. 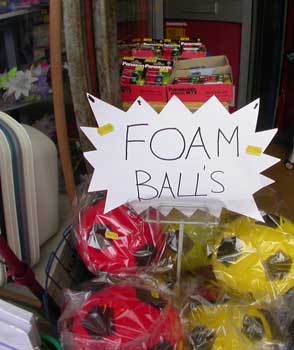 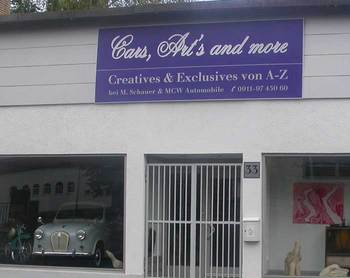 I managed to see these two signs, one in England and the other in Germany, without getting particularly hot under the collar.

There is a book called Standardformulierungen für deutsche Vertragstexte mit Übersetzungen in englischer, französischer und spanischer Sprache, in the terminological series issued by the German Foreign Office. Apparently it’s out of print – my third edition is dated 1992 – but there will be a new edition, probably in spring 2005.

Although the emphasis of the book is on international treaties, it is extremely informative for other types of contract translation too. It has a large number of clauses in four languages, and above all it explains how to proceed when translating and why.

The Foreign Office has a list of the publications in this series online.

I’m sorry that Bettina has stopped blogging (Nicht-alle-Tage-Buch, in German), but maybe she will come back to it another time. When I wrote about On-Time Updates, I didn’t mean to suggest others should stop too.

I enjoyed the Curmudgeonly Clerk, but he has stopped too.

To say nothing of The Single Bitter Announcement Weblog, whose end was in its beginning (via Ernie the Attorney, who fortunately continues).

Then Mike O’Sullivan, of Corp Law Blog wrote an entry I found really useful, then stopped posting for four months, then was selected by Southern California Super Lawyers – The Rising Stars Edition as ‘Attorney at Blog’.

And other weblogs start as law blogs, then stop, then start again, then metamorphose into haiku blogs, and I am very flattered indeed to have been given my own haiku.

The Times online regular Tuesday law page contains an article by John Cooper on books. He finds some infelicities in Bryan Garner’s English in the new edition of The Winning Brief.

bq. Garner warms to his subject in the 516-page text: Hyphenate your phrasal adjectives, watch out for potential miscues and outline your brief, but start with nonlinear outlining. He gets a little easier to understand when considering the list of clichés to avoid  do not go near as slow as molasses  and on no account employ a happy camper. It struck me that this is probably where many of our elite appellate advocates are going wrong. Or is it because they fail to remember the importance of ethos? Garner quotes that well-known American writer William Strunk Jr, Every writer, by the way he uses language, reveals something of his spirit, and there is no doubt that Garner has fully exposed himself.

There’s also an article on commonhold, by Caroline Andresier of Macfarlanes. Commonhold came into force yesterday. See also a BBC article by Paul Neville of Forsters. Commonhold is very similar to ownership of flats in Germany. Apparently it will be mainly applied in new buildings, because the amount of agreement between the co-owners of a building has to be greater than was previously the case in Britain.

Here Dr. Hök Stieglmeier & Kollegen in Berlin have a good article in German on English land law (Neues zum Grundstücksrecht in England), dated 2003. An earlier article of 2001, Rechte an Grundstücken in England, is also worth looking at.

The Times Online also has a page ‘In the City of Munich’.

Frank Dietz’s glossaries have moved to here – I knew my link was dead, but I thought they might have stopped.

I find the new link has a tendency to vanish from the screen – yet again something mysterious about websites that I don’t understand.

Now there is a photo of Frank himself. His over 2,400 links are divided into Monolingual English, and German and Multilingual. Here’s a quote from the man himself:

bq. Please note that the old location at www.jump.net/ ~fdietz/glossary.htm will no longer be updated. (I am trying to get my old ISP to take it offline, but that’s a long story…). I would appreciate it if everyone spread the word about this URL.

I gather that Harrap and Dalloz have just published a small (well, cheap) French>English law dictionary.

When I wrote about Ewald Osers’ translation of Thomas Bernhard, I found out that there had been at least one other translator of more than one Bernhard novel. That was David McLintock. Among other things he translated Wittgensteins Neffe, and there’s a block here.

Wittgensteins Neffe is one of the more autobiographical books, which I particularly like. The translation seems excellent. Here’s a bit from a section on Viennese coffee houses:

bq. At the Sacher I could get all the newspapers, which I have always had to have since the age of twenty-two or twenty-three, and could spend hours study[ing] them in one of the comfortable corners of the left-hand lounge without being disturbed. I can still see myself sitting there for whole mornings, scanning the pages of Le Monde or The Times and never having my enjoyment interrupted for a moment; as far as I recall I was never disturbed at the Sacher. At the literary coffeehouse I could never have devoted myself to the newspapers for a whole morning without interruption; before so much as half an hour had passed I would have been disturbed by some writer making his entrance, accompanied by his retinue. I always found such company distasteful because it deflected me from my real intentions, rudely impeding what I considered essential and never facilitating it, as I would have wished. The literary coffeehouses have a foul atmosphere, irritating to the nerves and deadening to the mind. I have never learned anything new there but only been annoyed and irritated and pointlessly depressed. At the Sacher I was never irritate[d] or depressed, or even annoyed, and very often I was actually able to work — in my own fashion, of course, not in the fashion of those who work in the literary coffeehouses. At the Brauenerhof [Braeunerhof], above which my friend had lived for years before we met, I am still put off by the foul aim [air] and the poor lighting, which is kept down to a minimum — doubtless from perverse considerations of economy — and in which I have never been able to read a single line without effort. I also disliked the seating, which is inevitably damaging to the spinal column, however briefly one sits there — to say nothing of the pungent smell that emanates from the kitchen and very soon get into one’s clothes.

But the name McLintock rang a bell – when I was a postgraduate student at London University, a McLintock taught at the same college as one of my friends, so I often heard his name as one of the cast in some story or other, but I never knew who he was.

A bit of Internet research revealed that David McLintock was a medievalist and scholar of linguistics and retired from university life at 51 to be a translator. and he died on October 16 2003, at the age of 72.

So I searched out an obituary – it was December by the time I did this – and found one in the Independent archives, dated November 3 2003 and costing something to buy. So presumably it’s still there.

And there it was: the story of a man who scaled the heights of Greek and Gothic under Leonard Palmer and C.L.Wrenn, and then plumbed the depths translating inter alia EU stuff, the latter only because he was lonely.

bq. He could have aspired to a professorial chair [what other kind, indeed?] – after all, he had even written on word formation in Gothic, an extinct language [who knew?], mastery of which was once deemed essential to academic preferment in London [perhaps not in all fields] – but instead, to the amazement and consternation of his colleagues, he chose to retire at the age of 51. …

bq. He now wrote perspicuously on the complexities and subtleties of modern German tense usage, sensitively analysing Thomas Bernhard’s linguistically complex prose, which he was already beginning to translate. …

bq. For a time he even worked in the Civil Service, in the Department of the Environment, translating EU documentation. Dull as this sounds, he enjoyed the companionship of working in an office, for the life of a translator can be very lonely.

I wish I had not recognized the name of the author of this obituary – a name which remained hidden till the second page of the printout – as one of my own former lecturers.