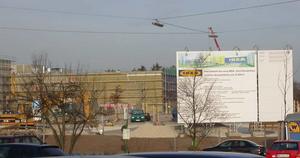 I referred to the song The Twelve Days of Christmas in an earlier entry. Before that, I saw the term ‘candy striping’ in an entry by Gail at openbrackets. Candy striping seems to mean doing good deeds (but in North American English).

Both candy striping and the twelve days of Christmas are dealt with at www.snopes.com, the Urban Legends Reference Pages. Neither of those convey a hidden Christian message. (Candy canes are an American thing).

Of course, I was really interested in what the presents do mean. Apparently calling birds should be colly birds (coal-black?), meaning blackbirds, and even five gold rings refers to five ring-necked pheasants.

LATER NOTE: In a comment, Mark Liberman of language log points out that I am wrong about ‘candy stripe’. Candy stripe comes from the candy-striped pinafore dresses (called in America jumpers!) worn by hospital volunteers (apparently with a smile, see Wikipedia entry). It looks as if candystriping is a girly thing, although I found this, but alas without a photo:

bq. Mrs. Ray added that there is huge a waiting list for the popular volunteer programme, but more volunteers are always welcome. Candystriping is no longer a girl thing and the programme now includes several young men. We really want to encourage the boys, said Mrs. Ray.

I mentioned the trial of Ian Huntley and Maxine Carr.

Huntley has now been convicted of murder after the jury deliberated for 17 hours.

In the course of the trial, it was stated that Huntley had been charged with rape but acquitted and that he had no criminal record. I noticed that because I knew he took his job as caretaker under an assumed name and I was expecting there would be a criminal record – something the jury is not allowed to know about. By saying you have no criminal record (Vorstrafen), you open up the subject of your antecedents (Vorleben) for examination.

It has now come out that there were a number of incidents:

bq. Humberside Police revealed they had dealt 10 times with Huntley, including four alleged rapes on teenagers, three allegations of having unlawful sex with girls under 16 and an allegation of indecent assault on a 12-year-old girl. No of the charges were proven. …

bq. An inquiry is under way to establish how a sexual predator with a history of targeting under-age girls managed to get a job as a school caretaker.

bq. The authorities involved have admitted that the system of checks failed, allowing a man who had come to the attention of Humberside Police on ten occasions to get the job.

It is interesting to see how much the jury did not hear. All this information will have been announced after conviction.

What do people do about comment spam, and comments in general?

I did once delete some comments that contained vulgarities. I do delete comments that are spam, normally linking to advertisement sites. Or the occasional empty comment (‘This is really interesting!’ plus a link to a translator’s website. I haven’t got round to adding a file with my opinions on comments and privacy.

Recently, a long poem in Spanish was put under my entry on the Golden Cone of Ezelsdorf-Buch. It came from a Hotmail address. I consulted some Spanish-speaking translators and they told me it was badly written and had wrong accents in it (‘Yeah: because it’s “A ti,” not “A tí,” and “grabada,” not “gravada,” and “Ese viento,” not “Ése viento,” and “es el único animal,” not “es único animal”; and because it’s lame), so I deleted it. Now it has appeared again (comments spam often does appear constantly on the same page, after being removed, time after time). I think I’ll leave it for the time being so as not to provoke multiple reposting. I recognize the word Yggdrasil in there, but I still have my doubts as to its relevance to the gold hats. Incidentally, Google revealed the poem also appeared at the Poetry Café, by Luis Tejeiro – Google throws up a couple more hits for that.

Last week it was still possible to move around the Christkindlesmarkt at midday and in the early afternoon. But at all events, the market with stalls from Nuremberg’s twin towns, in a separate small square, is less crowded and more interesting.

The cities are Glasgow, Gera, Kavala, Prague, Shenzhen, Atlanta, Charkiw, San Carlos, Limousin, Nice, Cracow, Antalya, Venice and Skopje (I hope I got all those right in English). Some have a restricted and some a broad range. The Polish stall has the most wonderful imaginative jewellery, some in amber but with lots of silver, all not cheap. The Russian stall has excellent objects in wood, including matrioshkas and St. Nicholases. The Glasgow stall sells these caps with hair attached (Germans know that all Irish and Scots have this carrot-red hair – they don’t believe it comes from the Vikings, they just think it’s Celtic). 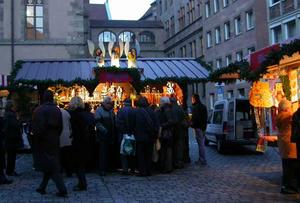 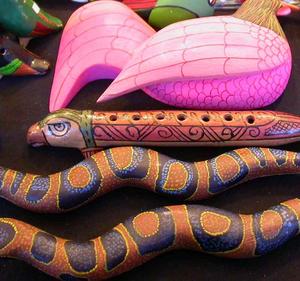 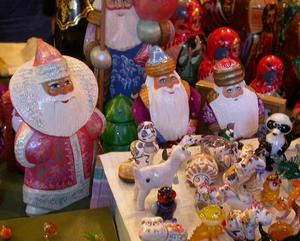 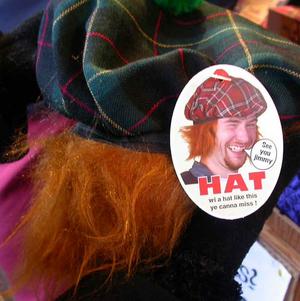 PNC Bank reports on the latest cost of the presents given on The Twelve Days of Christmas. There’s a flash presentation too.

Swans have gone up by 66.7%. I think the overall price assumes only seven swans ($3,500), although in fact (as the presentation says) the swans are presented on following days too. I would like to know what a calling bird is and where they find their lords a-leaping.

Sometimes I wonder if there are funny cases other than those involving nudity, underwear, and lavatory jokes, but here at least is the section on interesting dispute resolution idea:

bq. The Interesting Dispute Resolution Idea award went to Leon Humphreys, of Bury St Edmunds, who failed to persuade magistrates that whether he should pay a £25 motoring fine should be decided by trial by combat, with the Driver and Vehicle Licensing Authority being required to nominate a champion to fight him to the death. The authorities in Chaoyang, east Beijing, sought to encourage the more pacific resolution of disputes by playing Richard Claydermans piano music in the background during court proceedings to provide a soothing atmosphere.

Handakte WebLAWg refers to an entry by Tuning Spork (I know what a tuning fork is, but what is a spork?) on the way the Massachusetts Supreme Court, on November 18th, decided that the constitution of Massachusetts should be read to grant the same privileges to same-sex couples as to heterosexual couples.

bq. What the Massachussetts Supreme Court has done is to take the language of the People as it was (and intended to be) understood, and translated it into the modern colloquial usage.
Whether or not you or I support or oppose the legalization of gay marriage or civil unions isn’t at issue (I happen to support it) . The issue is: Who, in a republic of laws, not tyranny, writes the Law?

It’s a well-written piece, and with interesting comments. It should be mentioned, though, that the court at the same time granted a 180-day period for the legislature to pass laws, depending on its view of the matter.

The case reminds me of the time when the House of Lords found that a husband can be found guilty of raping his wife. Mind you, in that case the court was merely varying a definition of marriage from a 16th-century court case – it wasn’t redefining a constitution.

There are very few countries that permit same-sex marriage – according to a Canadian site only the Netherlands and Belgium. Registered partnerships have some similarities, but they are distinguished from marriage.

In the USA, of course, a marriage recognized by one state must be recognized by another. The Legal Reader reports on a challenge to an Iowa divorce of a civil union (Iowa itself doesn’t have civil unions). The divorce was granted by a county court on November 14th and is being challenged in the Iowa Supreme Court.

This is only for those who understand German. desbladet links to a comedy German lesson by Loriot (Vicco von Bülow), whose 80th birthday is sometime around now.

But I suppose Ionesco was earlier.

bq. Having learnt English from a conversation primer, The Bald Prima Donnas Romanian playwright, Ionesco, wrote it primarily using Effle, that is, grammatically correct phrases which make little sense outside their textbook
context.

In connection with Loriot’s eightieth birthday, the Kamps bakery has been selling a cake based on a sketch of his, called the Kosakenzipfel (Cossack’s pyramid? by analogy with coconut pyramid).

LATER NOTE: In my haste to post a link on Ionesco, I overlooked the fact (see the comments) that whoever described the play The Bald Prima Donna in Cherwell seems to think Ionesco wrote in English and was satirizing the English upper classes. It isn’t so! He wrote in French. Here’s a slightly better account from Bristol University. While I’m at it, let’s acknowledge the translator, Donald Watson. And here’s something on the term Effle, conceding that Ionesco wrote in French.

From a U.S. or U.K. export I see that some people know how to put the apostrophe in it’s, but not elsewhere. 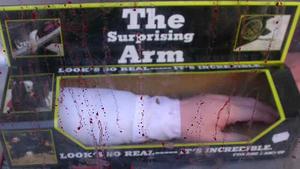 (The apparent bloodstains on the glass are probably the remains of text for Halloween that hasn’t been removed properly).